Why the East Midtown Rezoning Works 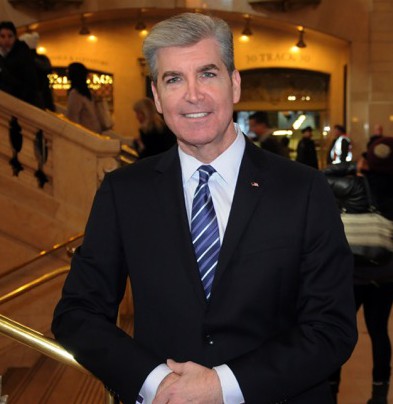 As you make your way around Midtown East, it’s clear the neighborhood is transforming. From new public spaces like Pershing Square Plaza to interior and exterior renovations occurring throughout the area, there’s no question that the world’s central business district has its eye on the future. This work, ranging from new lobbies and lounges, to barista bars and terraces, represents millions of dollars in private funds that Grand Central Partnership stakeholders are investing to build that new future for those who live, work and play here.  This new future can also be seen in a number of modern, state-of-the-art office buildings well underway that will redefine the Manhattan skyline and house hundreds of companies and tens of thousands of employees.

And that’s just what’s happening above the surface.

If you take a close look below, you’ll see equally incredible vision and investment, and a roadmap for how New York City should approach the tall task of funding transit improvements throughout the city. Complementing ongoing work to bring LIRR to Grand Central and improve subway stations, our transit system has been infused with hundreds of millions of private dollars thanks to a public-private partnership model that could be the solution to both the MTA funding gap and a shortage of modern office space.

Between 2015 and 2017, the City approved the rezoning of the Vanderbilt Corridor and Greater East Midtown with overwhelming public support after years of debate. The zoning changes provide developers with greater height and density in exchange for a significant investment in either pre-identified transit improvements or investment in a special fund earmarked for transit and public realm improvements in Midtown East. In the era of contentious debates around government subsidies and monetary incentives for private developments — neither afforded in this critical business district — this reciprocal arrangement should be a breath of fresh air.

Key stakeholders from the public and private sectors reached consensus for a number of critical reasons. First, there was a strong need from a development perspective as Midtown East’s existing building stock was aging and needed reinvestment to compete effectively. Second, there was an overarching and critically important public policy need around transit funding, public realm improvements, and open spaces. Grounded in two principles — community benefit and economic development — Midtown East  benefits from these collective efforts which will allow  the neighborhood to reaffirm its standing as New York’s premier office district while generating immense value for the local community and the City’s economy.

Today, at One Vanderbilt—the first development to take advantage of the rezoning — SL Green is just over a year away from a ribbon cutting of a 1.7 million-square-foot skyscraper that is nearly 60 percent leased. In exchange for increased density, SL Green is undertaking $220 million in transit improvements, creating a 4,000-square-foot public transit hall with connections to Grand Central, and adding a 14,000 square-foot pedestrian plaza connecting these two iconic buildings.

A few blocks north, JPMorgan Chase is redeveloping its 270 Park Avenue headquarters and replacing it with a new, state of the art, 2.4 million-square foot tower that will be home to 15,000 employees. In return, JP Morgan Chase is providing $42 million to fund transit and public realm improvements and constructing a 10,000-square-foot public plaza that will activate Madison Avenue in a way that has never been seen before.

And earlier this year came the news that developers RXR, TF Cornerstone, and MSD Capital are teaming up to redevelop the Grand Hyatt into a new mix-used tower featuring a boutique hotel and retail and office space. The existing building, while situated on a prime corner for new vision and reinvestment, also sits atop the Grand Central–42nd St subway station, one of the city’s busiest transit hubs. This has long prevented substantive improvements to our underground mass transit infrastructure. This exciting new project will remove these obstacles and enable much-needed changes to be made through the tens of millions of dollars of transit improvements the developers will deliver.

Even as these three projects proceed, we continue to learn about new proposed concepts and  plans for reinvestment and redevelopment throughout Midtown East, facilitated by the rezoning, that will continue to build on a strong respect for the neighborhood’s history and an even stronger vision for the future.

The rezoning of East Midtown works because it creates a sorely needed framework for productive collaboration between government, private development, and the local community. In a city starved for capital to fund vital improvements to our transit system and open space, this dynamic has the potential to fundamentally change how we deliver upgrades in parts of the City that can accommodate new density. There’s no question that we around the Grand Central neighborhood welcome it all.

Alfred Cerullo is President/CEO of the Grand Central Partnership (GCP) and a Commissioner on the New York City Planning Commission.