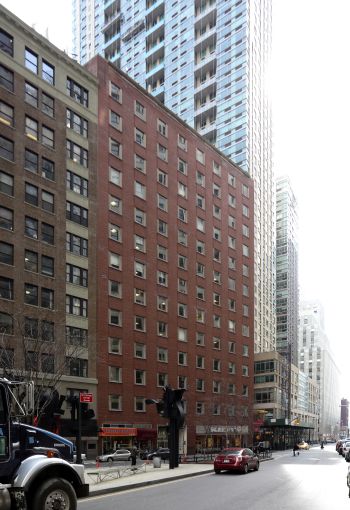 Coworking giant WeWork inked a deal for a new 56,000-square-foot location in the Financial District, Commercial Observer has learned.

WeWork signed a 15-year lease last week for the entire third through sixth floors of 83 Maiden Lane between Williams and Gold Streets, according to brokerage Helmsley Spear. Asking rent was $44 per square foot.

The deal brings the 170,000-square-foot building, owned by nonprofit AHRC New York City, to full occupancy, Helmsley Spear said. WeWork will take over offices previously occupied by law firm Milbank Tweed, the New York City Department of Buildings and AHRC — which will move to another floor to create a contiguous block of space — in the fourth quarter of this year, a spokesman for Helmsley Spear said.

Kent Swig and Andrew Simon of Helmsley Spear represented both sides of the deal.

“We are so pleased that Helmsley Spear has successfully leased the entire vacant office space at 83 Maiden Lane to WeWork,” Simon said in a statement. “They have continued to have a strong appetite for additional locations in the Downtown FiDi marketplace.”

WeWork’s deal comes less than a week after a new restaurant and brewery, MezCali, took 4,170 square feet on the ground floor and basement of the 13-story 83 Maiden Lane.

AHRC, which serves people with intellectual and other developmental disabilities, bought the property for around $30 million in 2005 as it moved out of offices from 200 Park Avenue, the New York Post reported. The building is located across the street from the towering 2 Gold Street apartment complex and is a block away from the Federal Reserve.