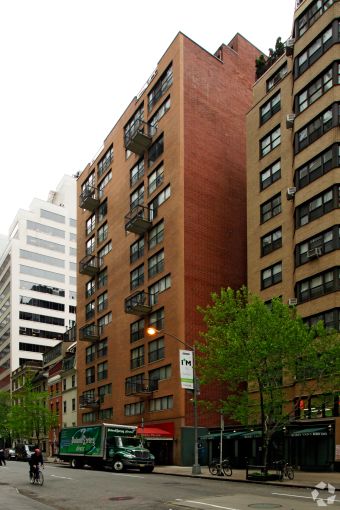 A lawsuit against brokerage Metropolitan Property Group (MPG), charged with being one of the largest operators of illegal Airbnb rentals in New York City, has resulted in the city proposing a $1 million settlement to one of the involved parties.

Abington Properties, which owns three Manhattan buildings where MPG allegedly converted apartments to short-term rentals, has been offered to pay the city for its part in the scheme and will also provide information against MPG, court documents show.

“We’re encouraged that as a result of its lawsuit, these building owners and managers took their responsibility seriously and amicably agreed to a permanent injunction to keep their buildings — including all 14 Abington Properties — as safe and code-compliant permanent residences, and we look forward to the agreement being judicially approved,” a spokeswoman for the Mayor’s Office of Special Enforcement (OSE) said.

Doug Pick, MPG’s lawyer, filed an objection to Abington’s settlement claiming it’s “overly broad” and could be too restrictive to MPG which “vehemently denied any wrongdoing in this case.” Representatives from Abington did not respond to a request for comment.

In January, the city sued MPG in a record-setting $21 million lawsuit after it converted apartments in at least five Manhattan buildings — including Abington’s 123 East 54th Street, 207-215 East 30th Street and 230 30th Street — into hotel rooms, court records show. The case was the largest filed by the city in its crackdown of illegal Airbnb rentals.

The lawsuit included Abington and Helm Management, which owns 200 East 116th Street and 2118 Third Avenue, for allowing the illegal Airbnb rentals in their buildings, according to court records.

The case involving Helm and MPG is ongoing, but the owners of MPG stated in court papers they were not involved in the scheme.

In a sworn affidavit filed in court, MPG president Sami Katri, claimed that the three people involved running the illegal Airbnb ring did work at MPG but left right before they started the scheme and MPG had no interest in the operation.

“The [city] was made aware that MPG, myself and my wife, Shely Katri, were never officers, directors, shareholders, employees, members or otherwise affiliated with any of those corporate entities,” Katri said in the affidavit. “[The city] has chosen to take the path of ignoring such disclosures and unwisely continuing to assert speculative and/or frivolous allegations against us.”

Under Abington’s proposed settlement, the owner will agree to a three-year temporary restraining order that bars it from any rentals for 29 days or less in any of the 14 buildings it owns, the city said. Abington will also provide reports to the city on the occupancy of its apartments and agreed to allow periodic and unannounced inspections of its properties.

The spokeswoman said Abington’s other 11 buildings were not named in the suit but could have been added after the discovery process.

State law bars apartments in most buildings to be rented out for less than 30 days unless the permanent tenant is present during the stay. That didn’t stop MPG from leasing out at least 130 apartments and converting them into short-term rentals between 2015 and 2018.

During that time, MPG collected more than 13,700 Airbnb reservations, had 76,000 guests and raked in close to $21.4 million through Airbnb, the suit said.

Despite the state law banning the practice of commercial listings on short-term rental sites, the city estimates they make up about one-third of all listings in New York City on the top five websites like Airbnb and HomeAway, the New York Times reported.

The state passed a law in 2016 to crack down on the practice further by banning the listings of illegal short-term rentals and established penalties for tenants who run afoul of the rules, Crain’s New York Business reported.

In 2017, de Blasio allocated an extra $2.9 million over the next two years to OSE to boost up enforcement of illegal short-term rentals, Crain’s reported. OSE has filed numerous lawsuits against building owners and operators since then, with MPG’s case being the largest.

This month, the city sued the owners of three Hell’s Kitchen walk-ups for running short-term rentals in rent-stabilized units and the landlord of three commercial properties and a hotel operator who allegedly turned office space into lodgings without city permits, as Commercial Observer previously reported.

“Cities across the country — such as Seattle and Chicago, among others — have worked with us to create a regulatory framework that recognizes and regulates home-sharing, allowing for effective coordinated enforcement against the few bad actors,” Josh Meltzer, the head of Northeast policy for Airbnb, said in a statement. “In New York City, there is no effective framework that allows for cooperation — and that’s why we support legislation that would create exactly that in Albany this session.”

Update: This story has been updated to include information about MPG denying the city’s claims and a statement from Airbnb.