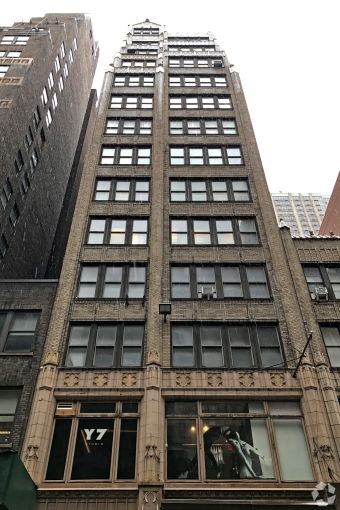 The city has filed a lawsuit against the owner of three commercial properties around Manhattan and a hotel operator who allegedly turned office space into lodgings without city permits to rent them out on Airbnb.

City officials contend that landlord Slavik Gofman illegally converted commercial spaces at 54 West 39th Street, 208 West 30th Street and 62 Grand Street into dozens of hotel rooms. Git Group operated the lodgings — creating at least 21 distinct listings on Airbnb and seven on Booking.com from 2016 to 2019 — and raked in about $1.7 million in revenue from them in three years, according to the suit filed today in Manhattan Supreme Court. All told, nearly 9,400 guests stayed in the illegally converted office suites, court records show.

Git Group and Gofman did not immediately respond to requests for comment.

“The message is clear: Illegal hotel operators who flout the law will see consequences — and their day in court,” Avery Cohen, a spokeswoman for City Hall, said in a statement. “When platforms like Airbnb and Booking.com are used to convert mixed-use or commercial buildings into illegal hotels, it destabilizes our vibrant communities and poses a threat to the livelihoods of New Yorkers who work in bustling, retail corridors like the Garment District.”

In the buildings, Gofman turned showrooms, factory spaces, offices and a photo studio into hotel rooms without getting legal permits from the city, submitting to safety inspections or implementing “fire safety protocols” required, according to the suit. Gofman, who made the New York City Public Advocate’s Worst Landlords list in 2011 generally only submitted applications for the New York City Department of Buildings for the alterations to the buildings after the work was completed.

The 16-story 54 West 39th Street property was only zoned for commercial uses but Gofman turned the entire ninth floor into eight separate hotel rooms, the suit claims. The seven-story 62 Grand Street and the 12-story 208 West 30th Street are mixed-use buildings but the floors he put Airbnb listings on did not allow for lodgings.

At 62 Grand Street, Gofman converted the entire fourth floor into three hotels while the sixth, 10th and 12th floors of 208 West 30th Street for several rooms, according to the suit.

“Airbnb strongly opposes illegal hotels and this case speaks to the ongoing need for a comprehensive, statewide bill that would provide strict recourse against illegal hotel operators, while protecting the rights of thousands of regular New Yorkers who are responsibly sharing their homes,” a spokeswoman for the company said in a statement. “Airbnb is supporting such legislation that would create this necessary regulatory framework.”

Git Group was founded in 2008 by Benny Bern and Oliver Fajga, with ambitious plans to develop “boutique hotels” and extended-stay rentals for business travelers, the suit said. Bern claimed to GlobeSt in 2017 that the company spent more than $1.5 million on two unidentified properties and planned to launch up to 20 more in the city.

“As the travel business continues to explode in New York, there is tremendous demand for boutique hotels in high-traffic neighborhoods, our area of focus,” Bern told GlobeSt. “For the first time, we are opening the capital to new private investors interested in this growth niche.”

Bern acknowledged to GlobeSt and in press releases that most apartments in the city couldn’t be rented legally on Airbnb but “brazenly declared an intention to sidestep this prohibition” by simply using “the site of former office space,” according to the suit.

Instead, Git Group leased the illegally converted space in Gofman’s buildings and used a series of Airbnb accounts with fictitious names like Marco Bravo to market the rooms starting at $140 a month, the suit said.

City inspectors slapped Gofman with fines and violations for the illegal conversions — most of which he hasn’t paid — and in one case Gofman lied to the city and told inspectors he stopped the hotel use at 208 West 30th Street, according to the suit.

The city is seeking at least $500,000 in punitive damages from the court and to remove all the items in the rooms so they can’t be used as hotels in the future.