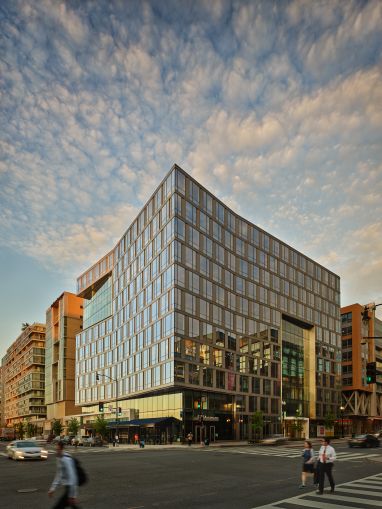 Digital fundraising platform GiveCampus is moving out of its co-working space and into an 11,549-square-foot office at Skanska’s 99 M Street SE in Washington, D.C.’s Capitol Riverfront neighborhood.

The five-year-old GiveCampus, a digital fundraising and volunteer management platform aimed at universities, has expanded to nearly 30 employees from its initial headcount of two, the company said in a statement from the landlord. The D.C.-based start-up plans to move out of its current space at WeWork and into 99M in April, according to a Skanska spokeswoman.

The move marks “a major milestone for us and positions us well as we continue to grow,” CEO Kestrel Linder said in prepared remarks.

The company signed an 11-year lease, bringing the building to 76 percent occupancy, according to the Skanska spokeswoman, who would not disclose the asking rent.

The Organization For International Investment and CommonGrounds also signed leases at the property, as CO previously reported.

“The amount of interest and demand for space at 99M has continually increased since we delivered the building, driven by the quality of the space, its top-tier amenities and ideal location, which combined offer outstanding value to our tenants,” Mark Carroll, an executive vice president at Skanska, told Commercial Observer.