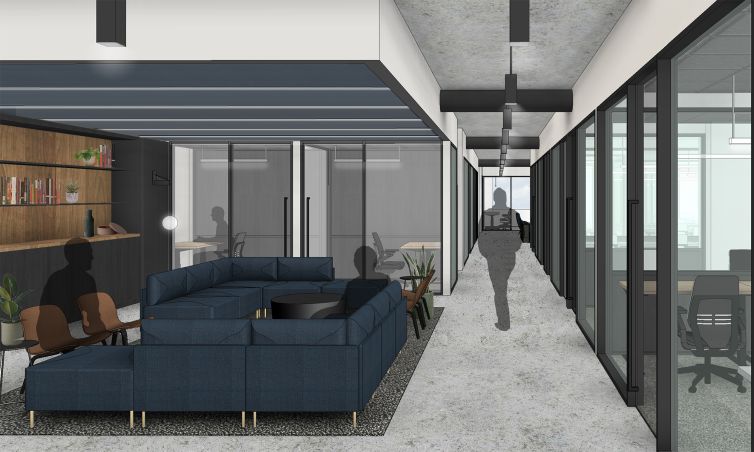 CommonGrounds Workplace will occupy 44,183 square feet at a Class A office building located at 99 M Street SE in Washington D.C.’s Capitol Riverfront neighborhood, according to global development and construction firm Skanska which owns the property.

The workspace provider signed an 11-year lease on July 11, according to a Skanska spokesman, who would not disclose the asking rent at the building. The outpost is slated to open in March 2020, per a Skanska statement.

“CommonGrounds epitomizes the type of modern, forward-thinking company that 99M was built for,” Mark Carroll, an executive vice president at Skanska said in the statement. “Their focus on human-centered design and technology aligns well with our vision for the building as a supportive, inspiring work environment that encourages balance and productivity.” The 11-story property was completed in late 2018 and features a 4,750-square-foot rooftop terrace and a 4,300-square-foot fitness facility, according to the statement.

Fueled by a $100 million Series A funding round, the San Diego-based CommonGrounds is expanding nationally and within the D.C. region; it recently signed a lease for 29,509 square feet at 1500 K Street NW in Downtown D.C., Commercial Observer previously reported. CommonGrounds CEO Jacob Bates said the 99M location will put the firm “in the center of one of the fastest growing communities in the city.”

The Organization for International Investment also recently signed a lease for 6,771 square feet at 99M, CO reported. Other office tenants at the property include Pyxera Global, Credit Union National Association, IAM National Pension Fund and The Retail Industry Leaders Association, according to the statement.

CommonGrounds was jointly represented by Laurent Myers of Savills and Jim Suber and Jeff Langdon of Strategic Real Estate Advisory. “As a fast-growing coworking space provider, it was critical that we find CommonGrounds a property in the heart of D.C. that is a scalable, modern space where their members can thrive,” Myers told CO. “CommonGrounds’ dynamic D.C. location will welcome companies of all sizes to the flexible, move-in ready workplace.”

Skanska was represented by John Marvin Jones, Adam Biberaj and Doug McLearn of Lincoln Property Company, who did not respond to CO’s request for comment.