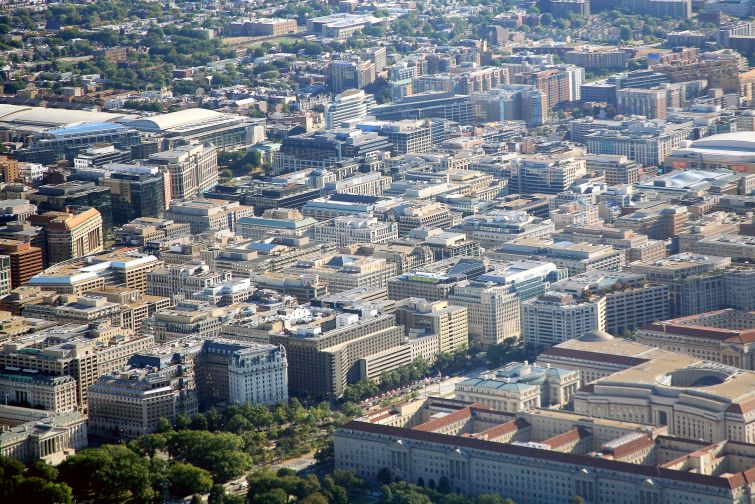 Office vacancy rates are climbing toward record-breaking highs in Washington, D.C., according to Cushman & Wakefield.

About a million square feet of vacant office space came online in the second quarter of 2019, bringing the overall office vacancy rate in the city to 13.9 percent, up from 13.3 percent in the first quarter of this year—all per a Q2 office report from C&W. The largest properties to complete construction in the second quarter were a 756,000-square-foot building at 655 New York Avenue NW in the East End and a 522,550-square-foot property at 150 M Street NE in NoMa.

“Barring an anomaly, the vacancy rate will likely eclipse 14.5 percent by year end 2019 as another 3.3 million square feet of product will deliver that is currently 57 percent leased,” Nathan Edwards, a senior director at C&W told Commercial Observer.

Other factors contributing to the increasing office vacancy rate include a lack of net new demand in Downtown D.C. and major entities such as such law firms, non-profit organizations and government agencies “finding ways to reduce their overall footprint as they execute new leases,” Edwards said. Kirkland & Ellis, for instance, shed almost 22 percent of its footprint relocating to 1301 Pennsylvania Avenue NW in the second quarter of 2019 while King & Spaulding renewed its lease at 1700 and 1730 Pennsylvania Avenue NW but shrunk its square footage by 23 percent, per the report.

Part of the problem for landlords is that tenants have clamored for more open but smaller spaces. Edwards said that the architecture and design of newer buildings are “highly efficient,” with column spacing, ceiling heights and access to light and air which allows the tenants to “fit more workers on the floor plate, thereby reducing overall rentable square feet required for the user.”

The report also noted that eight of the top 10 leases in the second quarter were renewals by mostly government entities. It also pointed out “particularly active” leasing by coworking spaces. In one of two new deals, WeWork inked the largest new lease for about 111,000 square feet across three floors at 200 Massachusetts Avenue NW Capitol Crossing, as Commercial Observer previously reported. CommonGrounds and Mixer both signed new lease for more than 20,000 square feet at 1500 K Street NW and 600 Massachusetts Avenue NW, respectively. However, none of the coworking companies moved into the spaces during the second quarter “to help support absorption numbers,” according to the report.