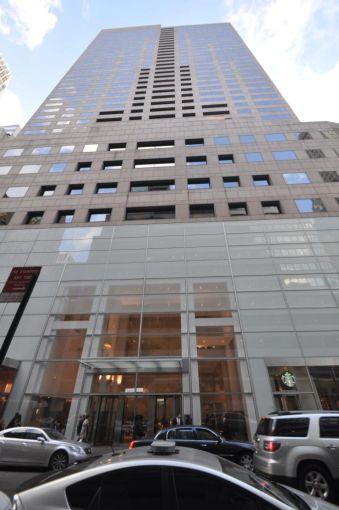 The United States arm of a Swiss energy group, Axpo, will move its headquarters several blocks away to 575 Fifth Avenue in Midtown, Commercial Observer has learned.

Axpo inked a seven-year deal for 8,443 square feet on the 28th floor of MetLife and Beacon Capital Partners’ 40-story tower between East 46th and East 47th Streets, according to the tenant’s brokers from CBRE. Asking rent was $86 per square foot.

The company — which opened its U.S. arm in 2016 — will ditch its offices at 270 Madison Avenue for its new digs in the fourth quarter of this year, a spokeswoman for CBRE said.

CBRE’s David Stockel represented Axpo in the deal while brokers from Cushman & Wakefield handled it for the landlords. The names of the C&W team was not immediately available and spokespeople for the company did not immediately respond to a request for comment.

“Axpo’s relocation is an indication of the company’s rapidly growing U.S. business,”  Stockel said in a statement. “It was important for the firm to keep its U.S. presence in Midtown, where it has access to top talent and mass transit.”

MetLife bought 575 Fifth Avenue for $385 million in 2005 and in 2015, Beacon Capital borrowed $321 million in financing from Deutsche Bank to acquire a 50 percent stake in the building, as CO previously reported.