MetLife: A Steadying Force in the Intensifying Life Co Space

Life insurers' allocations to commercial mortgages have hit record highs as companies mine for yield; MetLife made its mark by playing it safe. 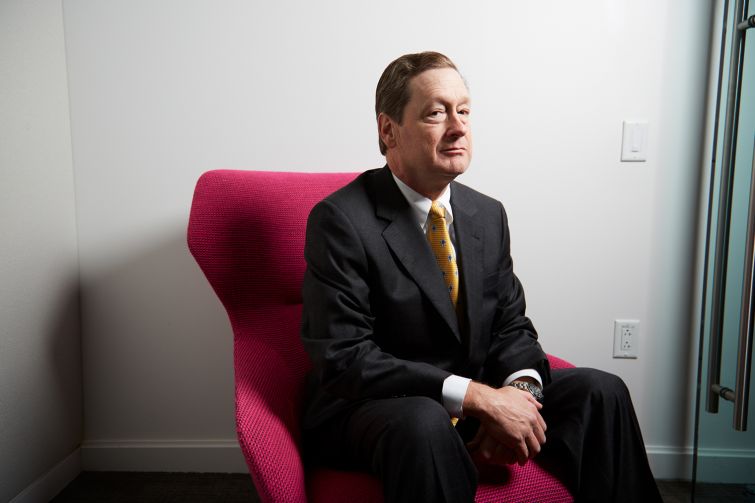 Robert Merck began his career at MetLife in 1982 and has been at the helm of the real estate arm for 15 years. Photo: Yvonne Albinowski/ For Commercial Observer

Finding yield in the current commercial real estate lending landscape can be, well, a “Merck”-y task. But even in the risk-averse land of life insurers, some companies are digging up returns.

Life insurers typically lend conservatively, making senior loans on high-quality stabilized assets, with dependable borrowers. Over the last couple of years however, some life companies—such as Athene Group and American International Group (AIG)—have dipped their toes into riskier territory, including construction and mezzanine lending. At first glance, that’s surprising, given the tumultuous history of a firm like AIG, which received a $182 billion bailout in 2008 after dabbling in risky synthetic financial products ahead of the financial crisis. (Sure, we’re not talking credit default swaps, here, but risk is risk.)

Merck, a 60-year-old native of Macon, Ga. and the husband and father of two, joined MetLife’s Atlanta office in 1982 at the age of 24 and has helped maintain an approach that has not only continued to work through multiple downturns, it’s led to impressive growth.

“In the last 15 years or so, real estate has performed really well,” Merck said. “We were a player in commercial mortgages back then but we weren’t a big player. That was an area we wanted to try to expand at MetLife. We focused on how do we go from being a relatively small lender, doing [around] $3 billion a year, to being a very large lender doing double or triple that production to, say, $10 billion a year.”

Goal accomplished. The company logged $14 billion in loan origination volume in 2017 after reaching a record high $15 billion in 2016—up from a then-record $14.3 billion in 2015—and it also executed $16 billion in commercial real estate transactions globally.

Despite a slight dip in volume last year, the company grew its commercial mortgage loans and real estate assets under management to $76.4 billion in 2017, a 9 percent increase from 2016.

“We’re focused on underwriting the asset,” Merck explained from MetLife’s offices at 67 Whippany Road in New Jersey. “At the end of the day you have to have quality collateral that’s underwritten; that’s been one of the secrets to our strong performance over time and through downturns—quality properties, with quality borrowers. Quality borrowers were able to stay with their properties even when values dropped and these properties performed well because they were well leased and underwritten properly.”

MetLife, a behemoth lending force with a global footprint that includes offices in the United Kingdom, Japan, Mexico and even Santiago, Chile, has earned a roster of repeat borrowers, which account for 75 to 80 percent of its lending volume today, Merck said. The company focuses its lending on traditional assets, and will only look at other classes such as seniors housing and industrial on a “one-off” basis.

The company shies away from the riskier bets, although about 2 percent of its commercial mortgage portfolio by year-end 2017 was in the mezzanine space and 0.1 percent was in construction and land development, according to data from Fitch Ratings. Just over half of its 2017 commercial mortgage portfolio was dedicated to office assets, according to information from MetLife.

Recent deals include a $143.5 million portfolio loan on the Orlando CBD Collection office buildings in downtown Orlando, Fla., which closed in December 2017; $335 million in debt on Warner Center Towers, a six-building office complex in Los Angeles; and a $60 million loan on the Graham Industrial Portfolio, a collection of 10 industrial properties scattered throughout the Southeast.

In November 2017, MetLife shelled out large sums of capital on numerous properties throughout the country, including when it paired with TH Real Estate to lend $200 million of a $400 million mortgage loan on the 1.6-million-square-foot Freehold Raceway Mall in Freehold, N.J.

MetLife has had many successes transitioning and adapting to troubling market swings and global economic uncertainty, but not all insurers have had such luck.

Today, life companies are playing an increasingly larger role in commercial real estate financing. The average commercial mortgage loan allocation for life insurance companies sits at around 12.5 percent, as of year-end 2017, which eclipses the historical standard of 8 to 12 percent, according Fitch data. Around 20 percent of life insurers tracked by Fitch have allocations in commercial mortgages at or above 17 percent, and the firm expects that percentage to grow in 2018 as insurers continue to mine for yield.

“The property types drawing the most attention of late continued to follow different paths, with retail originations declining while multifamily and industrial increased,” MBA’s Vice President of Commercial Real Estate Research, Jamie Woodwell, said in a statement in a May research report.

Not all retail has life companies heading for the hills. MetLife most recently closed, together with Northwestern Mutual, on a $450 million loan to Macerich Company secured by Broadway Plaza, a roughly 900,000-square-foot retail center in San Francisco’s East Bay. Macerich finished a massive renovation and expansion of the open-air shopping center in the fall of 2016.

Although Broadway Plaza is anchored heavily—and includes the likes of Amazon and Tesla in its halls—and managed by one of the country’s premier mall managers in Macerich, MetLife’s retail bets—which represent almost 18 percent of its commercial mortgage portfolio, according to information from the firm—err on the side of caution.

Since before the financial crisis, MetLife has been able to focus on dominant retail centers in strong markets.

“Where we’ve seen the stress in the market has been the Class-B or even Class-C malls, and we don’t look at those,” Merck said. “Outside the mall space, we also like the fundamentals related to well-located grocery-anchored centers within strong markets. We also like retail that has an entertainment component because that really appeals to the changing demographics with millenials. It’s more destination-type retail, and that’s served us well.”

Life companies’ overall investment in commercial mortgages in the U.S. grew 8.4 percent in 2017 to $422 billion, compared with the previous year’s 7.5 percent growth rate, according to Fitch data. The growth can be attributed to insurers increasing their investment allocation to less liquid assets in search for yield rather than face any credit risk, according to analysts who spoke with CO.

Outside of a few, smaller life insurance companies, many shops saw yields on their commercial portfolios dip slightly from 2016 to 2017. Commercial mortgages are utilized by life companies to match assets and liabilities, while also gaining solid, risk-adjusted yield premiums and adding diversification within their typically vast fixed-income portfolios.

“I would say that with commercial mortgages, in general, there has been demand because they generate more yield,” said Kroll Bond Rating Agency Managing Director of Insurance Andrew Edelsberg. “One thing that is a proven fact is life companies have had a much better experience with mortgages than banks have had. Banks were engaged in more risky loans whereas life companies didn’t really get involved in that. [At most] they might go up to a 75 to 80 percent [loan-to-value], but that’s it. Life companies had a better experience during the crisis. They like mortgages because it fits their liability profiles better, so even if they have a significant annuity block, they’re protected.”

“The typical upper-end LTV for a senior loan on most property types in today’s market is going to be 65 percent,” Merck said. “Our average LTV as of the end of the first quarter was 54 percent, but in general we’ve looked at, say, for a traditional loan, around 65 percent. But that’s been the case for us since really around 2005 when we began to get concerned about the market and valuations as well as over-leverage from securitized lenders. We haven’t really changed our strategy since then.”

MetLife, of course, has some advantages that other companies don’t, such as its size and scope and its over 100-year history of financing commercial real estate, including the construction of the Empire State Building in 1929 and Rockefeller Center in 1931.

“We’re still a good source [of capital], but CMBS lenders and banks dominate more of the lending out there,” Merck said. “The life company industry pre-downturn ended up doing solid loans… so we were able to maintain our lending platforms and then grow them [even further]. Commercial mortgages are very positive in matching up with long-term liabilities, and since we’ve come out of it, [commercial mortgages] have provided strong relative value over comparable risk corporate bonds. Most life insurers see that as a good diversification play as well as a relative value play in their fixed-income portfolios.”

Large life companies like MetLife as well as Prudential and New York Life play across the entire spectrum. TIAA, via its TH Real Estate unit, saw a 95 percent increase in volume in 2017, at approximately $6.7 billion in loans, compared with its $3.4 billion figure in 2016, according to a report from Commercial Mortgage Alert.

“Every year we look at the top 10 in the industry, and that 10 tends to be very steady, the players tend to have large chunks of the market and they tend to keep it that way,” said Nelson Ma, a director at Fitch Ratings. “Those large players continue to see themselves as experts in the market.”

“Where we see more competition is really in the higher yielding and higher risk lending space where you have mortgage [real estate investment trusts] and high-yield debt funds competing,” Merck said. “We actually have seen spreads or relative value tighten up more relative to risk in that space than in the traditional 60 percent LTV, first mortgage space.”

But the small- to medium-sized companies that don’t have similar expertise or manpower might venture elsewhere for riskier returns.

Newport Beach, Calif.-based Pacific Life has just over 17 percent of its commercial mortgage portfolio focused on the speculative area of construction and land development, according to data from Fitch. The next largest construction lender, as per Fitch’s research, is AIG at 7.2 percent. This comes at a time when the overall percentage of construction loans dipped 2 percent in 2017, according to Fitch. (An official within the real estate division at Pacific Life did not respond to inquiries. AIG declined to comment.)

“We haven’t done much in the construction space,” Merck said. “It’s a fairly labor-intensive type of lending, just given construction draws, and we’re really able to meet the needs of our internal and external investors through our various lending programs; we kind of run the spectrum… from, say, two-year, short-term floating-rate all the way up to 20-year fixed. Not all life companies are in the short-term floating-rate space, but we’re doing that outside of the construction area.”

Some life companies have ventured out into first-loss positions. Athene Group, the life insurer that is majority owned by private equity firm Apollo Global Management, has nearly a third of its commercial portfolio in the mezzanine debt space. Athene Group did not respond to inquiries.

The U.S. commercial real estate cycle is at an interesting point as multifamily, office and hotel sectors have reached peak levels while leverage still remains quite low compared to past cycles. This is expected to go on for another 12 to 24 months, as per Fitch, and Merck said he could even see it continuing for another few years.

Whether life companies continue to gain more market share through riskier avenues remains to be seen. 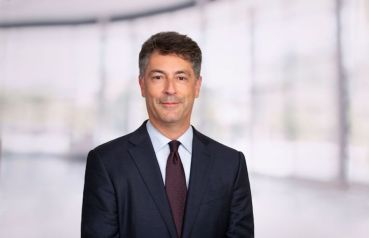