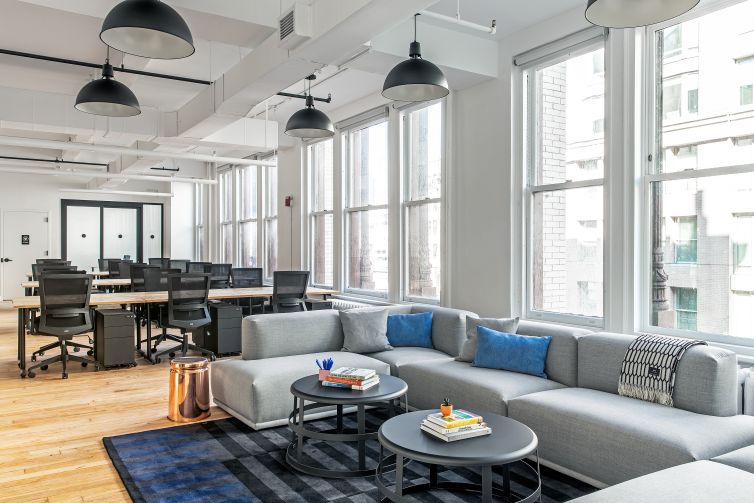 Interior of a Headquarters by WeWork. Photo: WeWork

WeWork is expanding its Headquarters by WeWork concept aimed at medium-sized businesses to Los Angeles and Seattle, where the coworking giant already has a presence with its traditional offerings, according to a company release.

The move follows a recent announcement of its entry into Toronto and Berlin for the concept, the first markets outside the U.S., building on its existing presence at 525 Broadway in New York City and 28 2nd Street in San Francisco. The leases were signed over the last few weeks, according to a spokeswoman for WeWork, who declined to provide further lease details.

WeWork will be rolling out the concept in Los Angeles at 8305 Sunset Boulevard in West Hollywood, where the company secured nearly 11,050 square feet across the fifth floor of the building from Venice Investments and 1453 3rd Street Promenade in Santa Monica, which is comprised of 14,430 square feet across the second floor from Maxxam Enterprises, both of which will open this fall. The third, a 5,800-square-foot space on the first floor of Langdon Street Capital’s property at 1547 9th Street in Santa Monica, will open this summer.

In Seattle, WeWork will open a 14,500-square-foot location at Hines’s Summit 2 at 10885 Northeast 4th Street in Bellevue, which is expected to open this winter.

Calls requesting more information from the respective landlords of the properties went unreturned as of press time.