Sentinel signed a 15-year lease for the entire 51st floor of the 55-story tower between East 42nd and East 43rd Streets, according to SL Green. Asking rent was $175 per square feet, a source with knowledge of the deal said.

The mid-market investment firm will move its New York City headquarters from 330 Madison Avenue between Fifth and Madison Avenues when the Kohn Pedersen Fox-designed One Vanderbilt opens in August 2020. Sentinel’s deal brings the $3.2 billion skyscraper, which broke ground in 2015, to 59 percent leased.

Steven Durels, SL Green’s director of leasing, said in a statement, “One Vanderbilt’s leasing velocity remains robust as we approach the one-year mark from opening.”

Lance Korman and Brian Waterman of Newmark Knight Frank represented Sentinel in the deal while CBRE’s Robert Alexander, Ryan Alexander, Emily Jones and Alex D’Amario brokered it for SL Green. A spokeswoman for NKF did not immediately respond to a request for comment.

“The building continues to attract the highest quality tenants,” Ryan Alexander said in a statement. 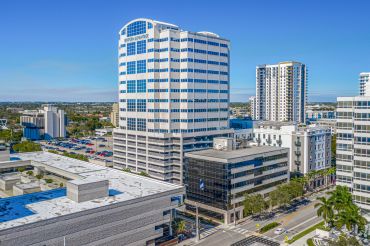