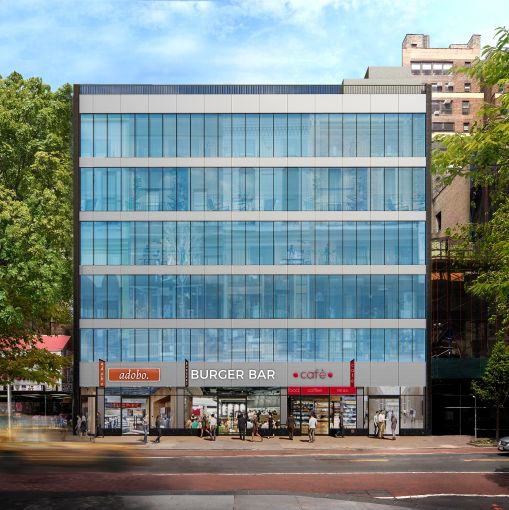 This new loan retired $35 million in previous construction debt supplied by New York City-based private equity fund Pembrook Capital Management in June 2018 for Churchill to begin the process of building the six-story office and retail project, as CO previously reported. That month, Cornell Realty Management transferred the site’s deed to Churchill, according to city records, although there was no listed acquisition price.

Churchill’s nearly 27,000-square-foot boutique office building at 263 West 34th Street includes 16,000 square feet of retail—8,000 of which will be on the ground floor and situated on 80 feet of frontage along 34th Street. The project was designed by M.E. Architect, and it’s expected to wrap this month, sources said.

“The team at Churchill did a fantastic job with this building and we expect it to lease up quickly given the high-level of demand for boutique office space and the prime location for retail along 34th Street,” Roeschlaub said in a prepared statement.

The project sits along a strip on 34th Street, between 7th and 8th Avenues—and a block away from Madison Square Garden—where a handful of developers, including Vornado Realty Trust, have plans to redevelop parcels.

“[The property] is in a prime position to take advantage of growing trends within the market,” Stolly said in prepared remarks. “The Class A build out, small floor plates and outdoor rooftop space caters extremely well to the continuously growing tech presence in New York.”

Churchill’s site was once part of a collection of parcels co-owned by Cornell and the Chetrit Group, before the two companies ended their partnership in January 2016, splitting their holdings on West 34th Street, as previously reported by The Real Deal.

Sitting adjacent to the Moynihan Train Hall, which was co-developed by Vornado and The Related Companies, and across the street from a Penn Station entrance, the location has been bolstered in recent years by the renovations and extension of the transit hub. It’s also helped by the nearby Hudson Yards, which has attracted a slew of high-end retailers, like Coach and Tony Burch, to The Shops & Restaurants at Hudson Yards.