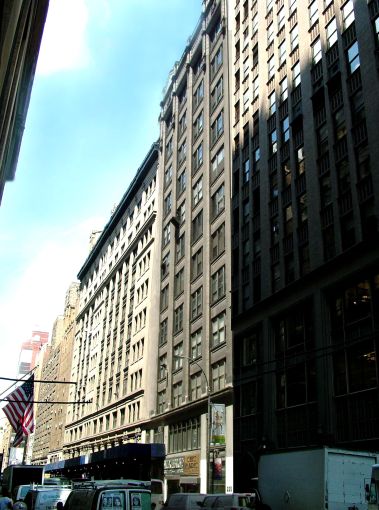 One of the city’s most prolific architecture firms, GF55 Partners, will ditch the Flatiron District for the Garment District.

GF55 signed a 10-year lease for 8,000 square feet on the entire ninth floor of Walter & Samuels’ 225 West 39th Street between Seventh and Eighth Avenues, according to the landlord. Asking rents in the building are $52 per square foot.

The architecture firm plans to move from its current digs at 19 West 21st Street to its new offices in August, a spokeswoman for the landlord said.

Joseph Manasseri, the president of Walter & Samuels, said in a statement that the landlord was “excited to continue to attract creative, high-quality tenants.” Manasseri added that the building is in the middle of a capital improvement program that will replace the elevator cabs and upgrade the lobby.

GF55, which was founded by David Gross and Leonard Fusco in 1984, is the architect behind the 10-story mixed-use building under construction near the High Line at 500 West 25th Street. It was named the fifth top architecture firm last year by The Real Deal.