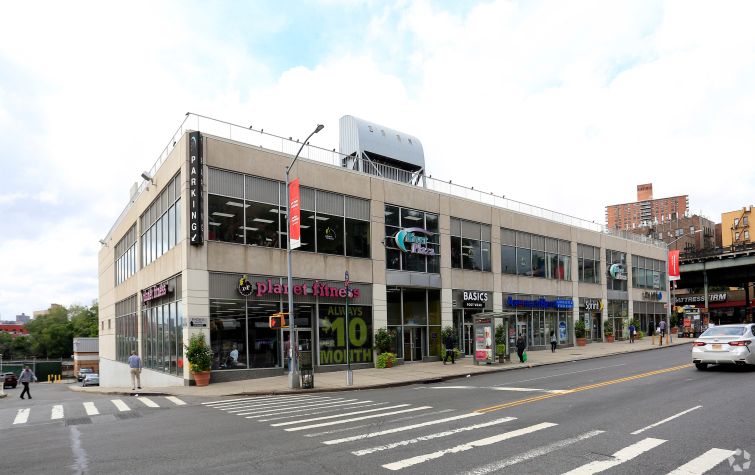 Foot Locker is planning a new location at River Plaza shopping center in the Kingsbridge Heights section of the western Bronx, Commercial Observer has learned.

The purveyor of athletic shoes has signed a 10-year lease at 90 West 225th Street on the corner of Broadway along the Harlem River, according to Larry Roberts of Arch Brokerage, who represented landlord Washington Square Partners. The retailer will open the 4,727-square-foot store later this year, Roberts told CO. Asking rent for retail in the multi-building shopping center ranges from $75 to $85 per square foot.

Evan Schuckman of Ripco Real Estate represented Foot Locker. The shoe seller has been expanding its New York City presence; it recently leased 25,000 square feet for an experiential “power store” on 181st Street in Washington Heights, where it will offer a barber shop, sneaker cleaning and games. The chain already has 10 locations in the Bronx.

“We identified the surrounding trade area as a hole in the NY Metro market for Foot Locker and then went after the best location in the trade area,” Schuckman said in a statement. “River Plaza is one of the strongest retail power centers in all of New York City.”

Orthodontic provider Diamond Braces also just inked a deal for 2,822 square feet for 10 years at River Plaza, which is near the Marble Hill subway stop on the 1 line. Other tenants that have recently renewed at the complex include City Jeans, Marshall’s, Target and Sprint. And, last month, senior care provider RiverSpring at Home signed a 6,000-square-foot expansion at the property, bringing the facility up to 26,000 square feet.

Roberts represented Washington Square Partners in all of the transactions and handled the tenant side in the lease with Diamond Braces. He declined to comment further on the deals.

“We signed all these great tenants [when we opened] in 2002, and now all these new tenants are finding the Bronx to be conducive to their business model,” said Paul Travis, the co-founder of Washington Square Partners.