With Chera Hire, Vornado Doubles Down on Retail 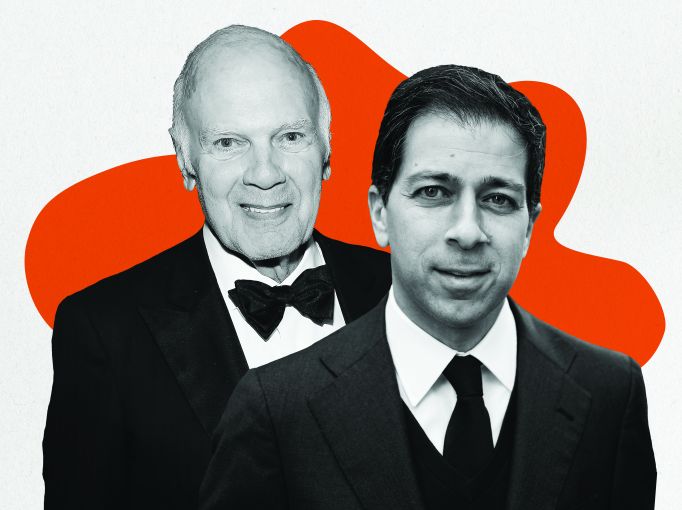 “One might say that the big deal in the quarter was our blockbuster retail deal,” said Vornado’s Steve Roth, in the company’s first-quarter earnings call in April. He was referring to the sale of a 45 percent stake in its Manhattan retail portfolio, which values their Fifth Avenue and Times Square assets at $5.6 billion.

The Chera family’s Crown Acquisitions and the Qatar Investment Authority each took a 24 percent piece of the pie, and (in yet another surprise twist) Haim Chera jumped to Vornado, where he’ll serve as the head of retail.

“To me,” Roth continued, “as big a deal was our recruiting Haim Chera to head our retail business.”

Chera’s move, in which he’ll leave the family business he heads with his brothers Isaac and Richard, was one of several leadership changeups the real estate investment trust announced this month.

Other than Chera, the staff changes were all internal, and could be seen as the new generation replacing—or at least muscling in on—the older one. Michael Franco, a Morgan Stanley alum who has been with Vornado since 2011, will be the REIT’s president, and David Greenbaum—formerly president of the New York division—will be vice chairman and take a less active role at the company, according to a release from the company. In addition, Glen Weiss, the executive vice president of leasing, and Barry Langer, the executive vice president of development, will be the new co-heads of real estate.

“We’re having fun sort of with the transition of bringing the young bucks up and the old guys sort of packing up,” Roth said on the call.

The leadership reshuffle and retail deal could be looked at as a way for Vornado to stay ahead in a challenging retail landscape.

Chera will not only run Vornado’s existing retail portfolio, Roth said, but will be in a position to take advantage of the curveballs thrown by the retail market.

Vornado has a total of 2.8 million square feet of retail in New York, which generated $353 million in Net Operating Income in 2018, or 30 percent of the company’s New York income.

The stores include Salvatore Ferragamo at 655 Fifth Avenue and Massimo Dutti at 689 Fifth Avenue, as well as the flagship stores for Victoria’s Secret, Uniqlo, and Mac.

And, while high street rents have taken a substantial hit in recent years in the broader retail meltdown, the prevailing market intel is that the inherent value of the assets hasn’t changed significantly.

“These are classic retail corridors that may re-jig based on market conditions and retail conditions, but they’re never going to go out of fashion,” said Robin Abrams, head of retail leasing at Compass.

The investors contributed a combined $1.3 billion of equity into the portfolio, and Vornado put up $1.8 billion in preferred equity against five of the properties, for which there’s no maturation date. After paying down debt on several properties, and an expected $500 million refinancing of a mortgage on 640 Fifth Avenue, Vornado walks away with about $3 billion (including the preferred equity), and a 51 percent ownership stake.

In the call, Roth made it clear that the deal was not a sign that Vornado is stepping back from retail.

“This is not a business that we’re exiting. We’re not afraid of it,” he said. “We will run full tilt into the fire, and we think that the opportunities are going to be quite extraordinary.”

In order to take advantage of those opportunities, Vornado needed two things: talent and capital, and now it has both.

Chera’s appointment marks the first time in almost a decade that Vornado has a head of retail that’s this visible. Until 2010, Sandeep Mathrani was president of retail at Vornado, before leaving to head General Growth Partners. After that, Sherri White, who had worked alongside Mathrani, was at the top of the retail pyramid as director of retail leasing. In 2015, Vornado brought in Edward Hogan from Brookfield Properties as head of retail leasing, replacing White, who left to join the Witkoff Group.

“When Sandeep Mathrani left, I think it left a tremendous void in their overall strength,” said John Brod, a partner at ABS Partners. “Haim Chera is certainly one of the most talented executives that I know of. I think he’ll do a great job to re-energize some of these key assets.”

“Mathrani was the last brain trust,” he said.

Roth and Chera have a long-standing relationship. Crown and Vornado, together with Oxford Properties and Highgate Holdings, spent $1.3 billion on 650 Madison Avenue in 2013, and the two shelled out $700 million for the retail condo at the St. Regis hotel at 2 East 55th Street, in 2014.

In addition, both companies have substantial assets along Fifth Avenue and experience in that arena.

“Haim is a rainmaker,” Roth said. “I’ve been trying to get him for years and years.”

And if Haim is a rainmaker, Roth is a kingmaker. He’s known for his ability to pick the talent he needs to run the company. Roth himself referred to Mike Fascitelli, the former CEO of Vornado, who he recruited from Goldman Sachs twenty years ago, and Matt Kelly, the CEO of Vorando’s D.C. spinoff, JGB Smith.

“That worked out,” he said. And Haim follows the same pattern.

The news that Chera was leaving the family business stoked some questions in the brokerage community, but they were somewhat allayed by the news that Crown will have a substantial stake in the portfolio, which wasn’t immediately reported.

“Once we drilled down, and saw the structure of what had been negotiated, it made absolute perfect sense,” said Abrams. “That’s a win-win for both of them.”

“If you’ve ever been involved in a family business, it’s not an easy thing to do,” said Brod. “I think it really gives [Haim] an opportunity to do a lot more and certainly helps to protect his family’s interest.”

While Roth made several mentions of the opportunities that await in the retail industry for those with both beauty and brains, he didn’t spell out how he intends to put the $3 billion into play.

Vornado’s current focus is the 9-million-square-foot Penn Plaza portfolio, where the firm is developing the block-long Moynihan Train Hall at the former Farley Post Office, and two office towers above Pennsylvania Station, known as Penn1 and Penn2, with a combined 4.2 million square feet of office space.

The Moynihan Train Hall, in the converted Farley Post Office, will have a substantial retail component. The 250,000-square-foot hall will connect with Penn Station and serve as the depot for Amtrak and the Long Island Rail Road. It will also include 120,000 square feet of retail space on the gound and mezzanine floors, and 730,000 square feet of office space above that.

Vornado, which has been involved in the project in its many iterations for over a decade, bought out its partner in the project, the Related Companies, for $42 million in 2018, and now owns 95 percent of it. The project is being co-developed by several public agencies and private entities, such as the MTA and Amtrak.

However, Roth previously stated in his annual letter that the proceeds from the condo tower at 220 Central Park South would go towards funding those developments, and that the company needed little outside capital to complete them, which he reiterated on the call.

That means Vornado has enough dry powder to shake up the retail industry again, should the right opportunity arise.

And that could be a good thing.

“Steve Roth and Chera are like Harvard and Wharton getting together,” said Kapnick. “If anyone can figure out the retail corridor, it’s those two.” 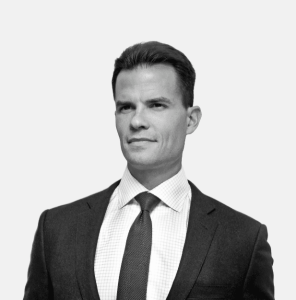 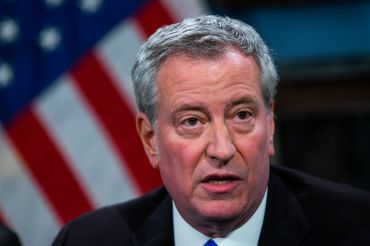