The Future of Retail Has Augmented Reality and Interactive Department Stores 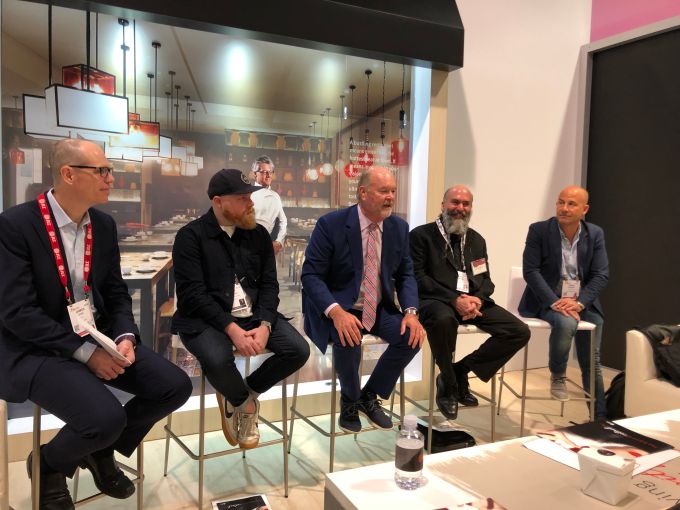 Five to 10 years down the road, customers will be able to walk into a store, look at a product and get information about it instantly via their augmented reality glasses. Or they’ll be able to go to a large store and use an app to order products that will be brought to wherever they happen to be sitting.

Three different CEOs speaking on a JLL retail panel at ICSC RECon argued that their approaches—which include augmented reality, app-driven stores and interactive displays with characters—would help drive the future of retail and keep brick and mortar stores alive.

Ed LaHood, the CEO of augmented reality (AR) app company Thyng, said that the public would be able to buy augmented reality glasses within a year or two and augmented contact lenses within a decade. In fact, Google just announced the second generation of Glass, a $999 AR headset geared toward businesses. Once the typical customer has AR glasses, retailers will be able to use the technology to help drive sales and educate consumers about products.

For example, a customer will be able to glance at a cereal box in a grocery store, and within seconds, the nutritional facts will appear before their eyes, along with coupons to encourage them to buy the cereal, LaHood explained. Then once they get home, the AR glasses or contacts will display recipes for the cereal and a reorder button to push them to purchase more. “It’s like Minority Report,” he joked.

And for brands geared toward children, the glasses could generate characters that interact with buyers and their kids and lead them to the product.

“You can put yourself or your child with their favorite product or their favorite character, and you have that customer hooked for life,” LaHood said.

And then there are folks trying to innovate with traditional retail models. Neighborhood Goods, a department store in Plano, Tex., bills itself as a “a new type of department store, featuring an ever-changing landscape of the world’s most exciting brands, products, and concepts.” The company’s 14,000-square-foot location in an outdoor mall features trendy, direct-to-consumer brands and a bar and restaurant. But perhaps the most interesting aspect of the store is its custom-built app, which allows customers to summon an employee if they need help, or they can opt to have products that they’d like to buy brought to them wherever they are in the store.

At traditional retail stores, “there’s not a focus on the consumer,” Matt Alexander, the CEO of Neighborhood Goods, said. “If you’re focused on a human experience, or just creating a nice memorable dignified moment, I don’t think that ever goes out of fashion.”

But no panel on the future of retail would be complete without a pop-up business. Monday’s panel included John Goodman, the CEO of Candytopia, which is essentially a travelling Instagram museum with free candy samples in every room. Every four to six months, the company packs up its 13 semi trucks and sets up shop in a new city—first it was Santa Monica, then New York City, and now Atlanta and Dallas. Candytopia features hundreds of art installations made entirely of candy, photo stations, and a marshmallow pool that visitors can swim in.

“This is truly the future of retail,” said Goodman. “We call ourselves a mini theme park.”