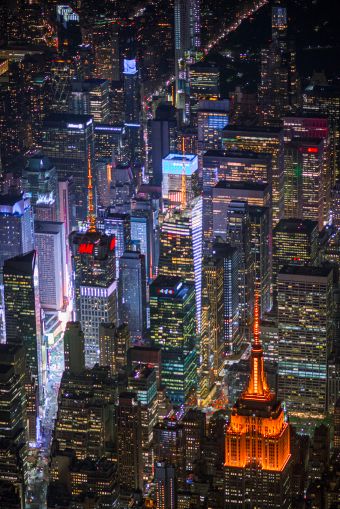 The stock exchange signed a lease for 35,512 square feet on the 28th floor of the 48-story tower, bringing their total space at the property to 180,000 square feet, the New York Post first reported.

Nasdaq announced that it would move its headquarters to the building in 2018 and officially move in 2020, Commercial Observer reported at the time.

The lease is one of a rash of new leases at the property, which lost its former anchor tenant Condé Nast to 1 World Trade Center in 2014, freeing up 19 floors and 820,000 square feet. The 1.8 million-square-foot tower is set to lose another major tenant, law firm Skadden, Arps, Slate, Meagher & Flom, which plans to decamp in 2020 for digs at One Manhattan West, freeing up another 600,000 square feet.

In April, BMO Capital Markets, the investment arm of the Montreal-based bank, signed a 15-year lease for the ninth and 29th to 33rd floors, spanning 215,056 square feet, and advertising research firm National Cable Communications inked an 11-year lease for 65,000 square feet on the 11th and part of the 12th floors in January.

Durst has invested $140 million in a capital improvement program for the building, also known as 4 Times Square, in the wake of Condé Nast’s departure, and refinanced the building with a $900 million loan from J.P. Morgan Chase and Wells Fargo in April, CO reported.

The asking rent for the Nasdaq space was $100 per square foot, and asking rent in two remaining Condé floors are $85 and $95, according to NYP.

Nasdaq was represented by Newmark Knight Frank’s Michael Ippolito and Daniel Katcher together with Cushman & Wakefield’s Robert Tanzmann. The Durst side of the deal was handled in-house by Tom Bow, Rocco Romeo and Tanya Grimaldo.