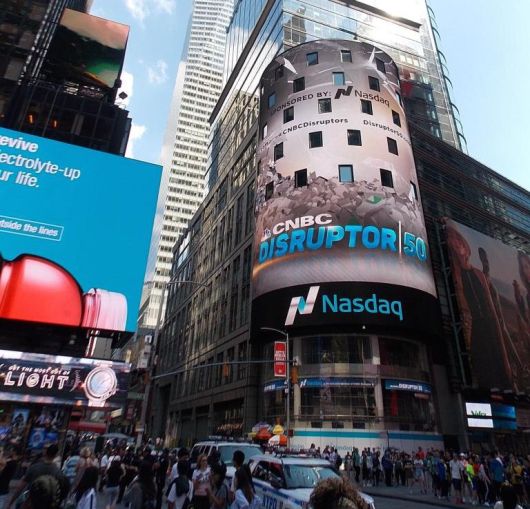 The new debt, lent against 4 Times Square recapitalizes the building after the maturity of a prior $650 million CMBS financing, from UBS, that the bank originated in 2006 and that was securitized primarily in a single-asset, single-borrower transaction.

Rosenberg & Estis‘ Dennis Hellman, who provided Durst with legal representation in the new deal along with Stefanie Graham and Kamilla Bogdanov, said the new $900 million mortgage, which closed on April 8, has a term of less than five years as Durst works to re-lease the building in the wake of some high-profile tenant departures.

Until it moved to 1 World Trade Center in 2014, publisher Condé Nast had been one of 4 Times Square’s heavyweight tenants since it took up occupancy there shortly after the building was completed in 1995. Law firm Skadden, Arps, Slate, Meagher & Flom is another major tenant with 600,000 square feet of office space, but it plans to decamp in 2020 for digs at One Manhattan West.

Angling to fill the void, Durst has poured $170 million into updating the tower’s interiors, Hellman said.

“The biggest part of it is that they completely redid the lobby and upgraded some of the building systems,” the lawyer explained. “They [also] took a whole floor that, under the old structure, produced rental income, and made it a full floor for amenities for existing tenants. Part of the floor is a café, and it’s almost like [something you’d see in] a fancy dormitory.”

Condé Nast’s storied cafeteria in the building, which was designed by Frank Gehry, has been converted to a food hall for all the building’s tenants. Convene, which operates on-demand event space, was enlisted to design amenities and meeting spaces on the rest of the cafeteria level.

Durst is also working to rebrand the building, dubbing it 151 West 42nd Street to scrub images of the sweaty tourist mecca—and the building’s prior Condé Nast affiliation—from the 48-story tower’s address.

That work already seems to be paying off. Earlier this month BMO Capital Markets, a division of the Bank of Montreal, leased 215,000 square feet on five floors in the building, committing for 15 years. All of that space was used in the past by either Condé Nast or Skadden Arps.

When it moves in late next year, BMO will become the building’s largest tenant, beating out Nasdaq, which controls 169,000 square feet. Its presence is split between two areas: a 24,000-square-foot facility it calls MarketSite, a studio with frontage along Broadway where the financial exchange produces television broadcasts, and 145,000 square feet of office space on higher floors.

An H&M clothing store also has a ground-floor retail store, and other office tenants include law firms and financial companies.

The lenders behind the new refinancing seem sold on the building’s trajectory, despite the high-profile departures. The new loan represents additional leverage but comes at a lower interest rate than the prior CMBS deal, Hellman said. He added that $120 million of the total debt has not yet been advanced, but will be available as a line of credit to Durst, enabling the landlord to avoid interest on that sum until it draws on that cash.

Representatives for Durst, J.P. Morgan and Wells Fargo did not immediately respond to inquiries.