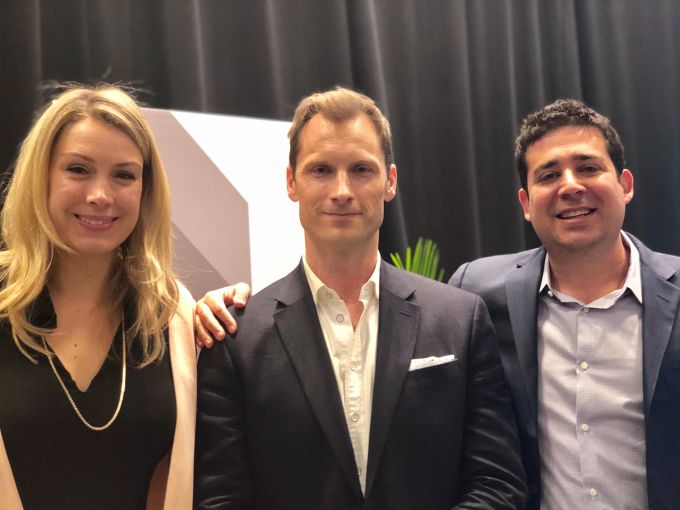 Coworking has become such a gargantuan industry that it’s sometimes difficult to believe there’s room in the market for the dozens of operators that have cropped up over the last six years.

The operators are apparently not worried.

“For us, the customer is usually the later-stage company with an average age of 39, 40 while WeWork lends itself to 24, 25, 26,” Stewart continued. “So, there is almost a 14- or 15-year age gap and because of that, our space is understated. Understated [means wanting] to showcase the brands that are coming to us, rather than putting Industrious all over the walls.”

Though the coworking sector has existed since the mid 1970s, as Murray pointed out, the offering has exploded over the past 5 to 10 years as technology and worker preferences make having to be in a traditional office less of a necessity.

“When we entered Chicago in 2013, we were the third coworking company. Fast forward to 2019, there’s 87 different coworking companies in Chicago,” Stewart said. “That statistic lends itself to any big city across the country.”

To further extend the analogy of the hotels (most of which were just down the strip), the Fortune 500 companies that utilize Industrious want a highly amenitized feel, like a Four Seasons, but, unlike startups or the image of coworking of years past, there are “[fewer] events, [fewer] kegs in the corner, music in the hallways.”

“It’s not fun, but it’s productive and I think that real companies [know] is that fun only lasts so long, it’s that productivity that really lends itself to what group you go to,” he said.

The model itself continues to evolve, with Industrious offering its services at retail malls through its partnerships with Macerich and Seritage Growth Properties, as Commercial Observer recently reported.  The company is also pairing up with Equinox to offer coworking at its fitness clubs, starting with Hudson Yards in New York.

Customers are responding. Stewart said that for its less traditional offerings, which all have a dedicated separate entrance, and for its retail locations, it takes an average of just two to three months to fill up membership versus the typical nine months for its office locations. In addition, for the first Equinox location, he said there’s already a waiting list to sign on.

The customer for Spacious is also typically older, around 39, said Preston, who views his offering as a perk companies can offer employees while still maintaining a traditional office. The platform, which finds its coworking locations by renting out premium restaurant space in eateries that do not open until 5 p.m., typically charges $20 a day or $150 per month, so ends up being less of a commitment than other players like Industrious.

“I like to say we are five times better than a coffee shop, but not ten times better,” said Preston, speaking about the lower cost per entry for companies utilizing his service. At every location, he said, there are three key elements needed to accommodate the way people can work today.

“We’ve all had the experience of wandering around the city and running out of your cell phone battery, [or] you have to use the bathroom [or] there’s no Wi-Fi and that’s the experience we are solving for and that is the way the world is in the city, in this century,” he said. “In the Stone Age it was food, shelter, water and in the Information Age, it’s Wi-Fi, coffee and power. I think there is a huge opportunity for real estate landlords, listing brokers [and] operators to accommodate these entirely new modalities.”