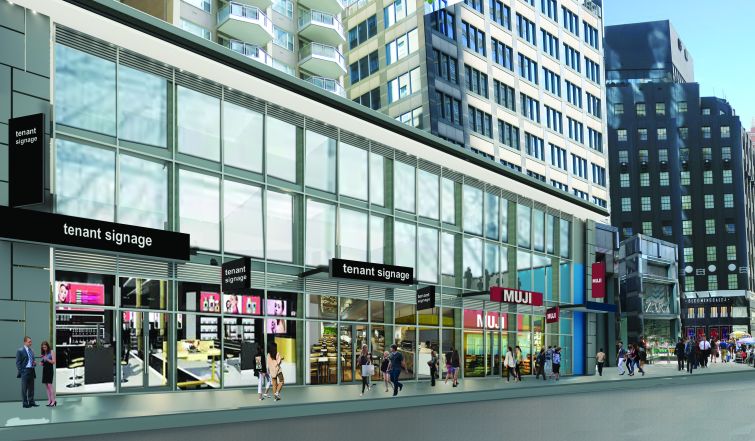 Salons by JC, which is like WeWork for the beauty industry with its salon suite rental concept, has signed a lease for 16,253 on the second floor at 127 East 59th Street between Lexington and Park Avenues, Commercial Observer has learned.

It was space occupied by Williams-Sonoma and sister company Pottery Barn until they shuttered in 2015, and further back in the 1980s, it was home to the Fiorucci concept store. Salons by JC will have a private ground-floor entrance on East 59th Street. Muji took 13,000 square feet of Williams-Sonoma’s ground-floor space in 2017, as CO reported at the time. Muji will be opening in May or June, according to Richard Kessler, the COO of Benenson Capital Partners, the landlord.

The asking rent in the East 59th Street deal was $75 per square foot and the lease is for 15 years, according to Compass’ Michael Davis, who represented the JC Salons franchisees, Barrett Tuttle and Shaurja Ray of Court Stone Management, in the deal. Tuttle said the space will open in the fourth quarter of the year following a multimillion-dollar renovation.

Kessler talked about how “innovative” and “clever” the JC Salons concept is.

“I think that this concept of coworking in the personal grooming space is very interesting,” Kessler said. “We thought it was a perfect use of the space.”

Salons by JC, a franchised business based in San Antonio, has over 100 locations across the country including Tuttle and Ray’s outpost in New York City. That location, in 11,000 square feet over two levels, opened at 124 West 24th Street in 2017, as CO has reported.

According to Tuttle, cosmetologists sign license agreements, generally a year-long, for the exclusive use of a mini-salon suite. The suites average 114 square feet, but range from 100 to 160 square feet. Each location provides “luxurious and fully customizable salon suites to self-employed hair and beauty professionals,” per the company website.

“This shared-economy model allows for growth and for them to scale,” Davis said, and the franchisees—who have exclusive rights to develop Salons by JC in Manhattan—plan to open eight more within the decade.

“Our plan is to continue growing throughout Manhattan,” Tuttle said.