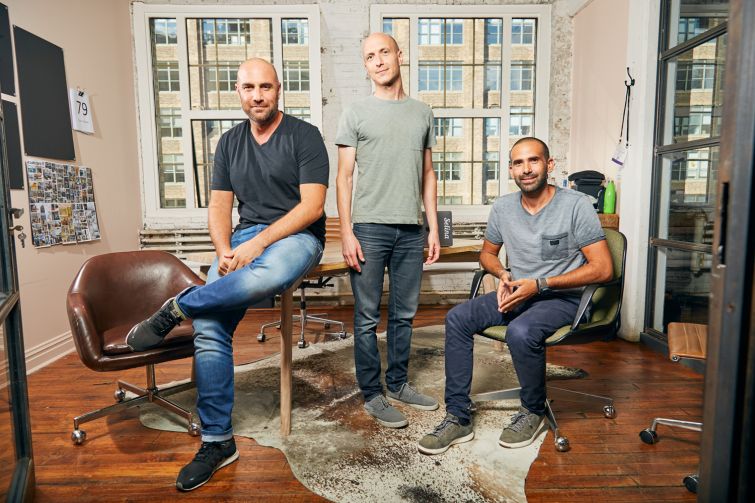 Rafael Museri, Yoav Gery, and Daniel Rudasevski, of Selina, plan to expand their hotel-chain from Latin America to the U.S. and Europe. Yvonne Albinowski/For Commercial Observer

Selina, which operates more than 22,000 beds in 46 countries and recently started an expansion in the United States, has already pulled in $225 million in funding and counts WeWork founder Adam Neumann as a previous investor. The Series C round, led by Access Industries with Grupo Wiese and Colony Latam Partners participating, puts the startup at an $850 million valuation, according to a Selina press release.

“We’ll be leveraging this financing to expand our corporate platform and secure more of the most creative talent in the industry,” Rafael Museri, Selina’s co-founder and CEO, said in a statement.

Museri added the new funding will be used to grow its “technology innovation” team in Tel Aviv and to “continue rapid expansion into new markets across the globe.”

Selina was founded in 2015 by Israeli-natives Museri and Daniel Rudasevski who started opening branded hotels in Latin America. The company leases—and occasionally buys—existing hotel properties and adds cafés, art, surfing lessons, wellness classes and more, all picked by locals with the aim to give travelers a more authentic experience.

“We found out that tourists don’t like to feel like tourists,” Rudasevski previously told Commercial Observer. “If a tourist doesn’t want to be a tourist it means that the lobby of Selina, all these playgrounds—we don’t call it even a lobby—is a place that the locals will come and hang out [and] tourists will stay.”

The company began a push into the U.S. market last year starting with a hotel in Miami, as CO previously reported. In December 2018, Selina leased the entire 63,000-square-foot 138 Bowery for its first New York City location, The Real Deal reported. It announced its second outpost in the city last month at 518 West 27th Street, Real Estate Weekly reported.

Selina plans to open 35 properties in the U.S., the United Kingdom, Germany, Portugal, Greece, Israel, Argentina, Brazil and Mexico by the end of this year, as per the release.