Selina Targets LA as Key to US Expansion 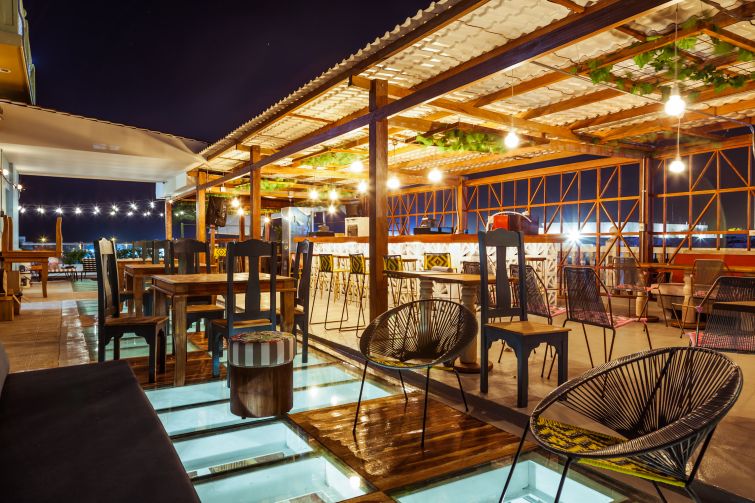 Selina, which first made its mark in Latin America, of coming to D.C. Photo: By Selina

Selina, a hybrid hospitality and lifestyle company that has made a name for itself in Latin America, is eyeing California as the next major region where it wants to set up shop.

Billed as one part WeWork, one part Burning Man, the platform leases existing hotel properties and, in addition to the usual amenities, like housekeeping and food and beverage services, offers wellness and classes, from foreign language instruction to surfing and lessons (depending on the locale) geared toward, the “digital nomad, family on vacation, adventurous backpacker, or surfer looking for paradise.”

“There shouldn’t be a differentiation between one-star, three-star and five-star offerings. Someone coming with a backpack could stay and afford it … [and] somebody that wants to travel for $200 and $300 a night can stay as well and everybody is going to be dressed the same and interact in the common area,” Steven O’Hayon, the head of business development at Selina, told Commercial Observer in an exclusive interview outlining the company’s West Coast plans. “That was the initial vision of the whole model we were building. The goal was to eliminate all the language that a traditional hotel uses and create a product for an entire generation of people that doesn’t really matter what social class they come from, but how they see the world and how they want to live their life.”

For a company focused on such a Kumbaya vision of travel and leisure, its business development plans are extremely Type A. Founded in 2015, Selina currently operates 22 properties in Latin America and the Caribbean and plans on opening around 15 additional ones in the next year. Current locations Panama, Costa Rica, Colombia, Guatemala, Nicaragua, Ecuador and Mexico and range from the urban setting of Mexico City to the rainforests of Costa Rica. Each Selina property has between 150 and 500 beds, with nightly prices ranging from $100 to $500.

By 2020, Selina hopes to have over 54,000 operating beds across the world and has set its sights on the U.S. and Europe for ongoing expansion efforts.

Selina will open its first U.S. property at the historic Tower Hotel in Little Havana in Miami this September. As the Miami Herald reported last week, it will be the area’s first boutique hotel. The Barlington Group, which owns several properties in the neighborhood, partnered with Selina in order to redevelop the property to appeal to the public’s growing desire for experiential travel as well as social connection—not of the digital kind—by becoming part of the Selina “tribe.”

The variations within Los Angeles and the Golden State are a major draw for Selina, which is headquartered in Manhattan. Currently scouting locations in hipster-haven Silverlake, quirky Venice, urbane West Hollywood and Downtown Los Angeles, Selina is aiming to open four or five locations in the metropolitan area. Further down the road? Expansion into diverse regions the state is known for, from the deserts of Joshua Tree to winegrowing regions up the coast.

“L.A. has become our base for that, so we are initially scouting locations in L.A. to build up a strong presence and conjoining everything together,” he said. “We can have a surf experience in Venice, and a really cool creative experience in L.A. and then in San Francisco something different.”