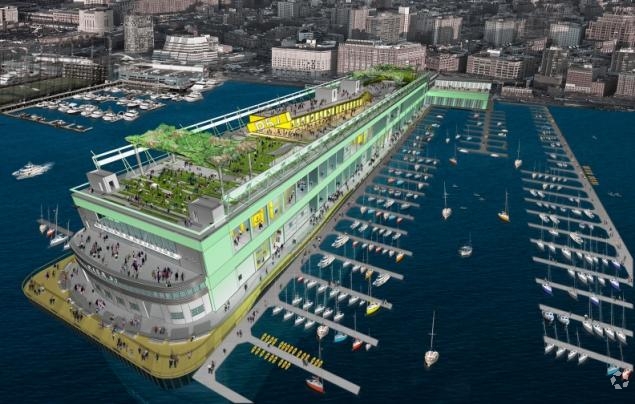 The Soho music venue, restaurant and wine maker, City Winery, will be moving to the retail and office development at Pier 57, sources with knowledge of the deal confirmed to Commercial Observer.

City Winery inked a deal with RXR Realty and Youngwoo & Associates for 32,000 square feet in the long-abandoned former shipping and passenger terminal at Pier 57 in the Meatpacking District, Crain’s New York Business first reported. Terms of the deal were not immediately clear and the sources said there are no official asking rents in the development.

The venue plans to move to Pier 57 at the end of the year or the beginning of next year, per the sources.

Sources said that Lee & Associates NYC’s Peter Braus represented City Winery in the deal while RXR handled it in-house with William Elder. Braus declined to comment and Elder and a spokeswoman for RXR did not immediately respond to a request for comment.

City Winery, which opened in 2008 at 155 Varick Street between Spring and Vandam Streets, will vacate its Soho spot in August because its landlord, the church-owned Trinity Real Estate, sold the building to Disney for $650 million, Crain’s reported. The media giant plans to build a new headquarters for ABC on the site.

In February, City Winery filed a lawsuit against its landlord over the eviction, claiming Trinity Real Estate made City Winery spend $2 million to renovate the space, AM New York reported, then forced the tenant to move.

Michael Dorf, the founder and CEO of City Winery, did not immediately respond to a request for comment.

The venue will become a part of the $350 million revamp of Pier 57 that will have a 250,000-square-foot Google office, a park and food spaces. It was originally slated to have a 100,000-square-foot food hall curated by the late celebrity chef Anthony Bourdain but the plans were canceled by Bourdain in 2017, Eater New York reported.