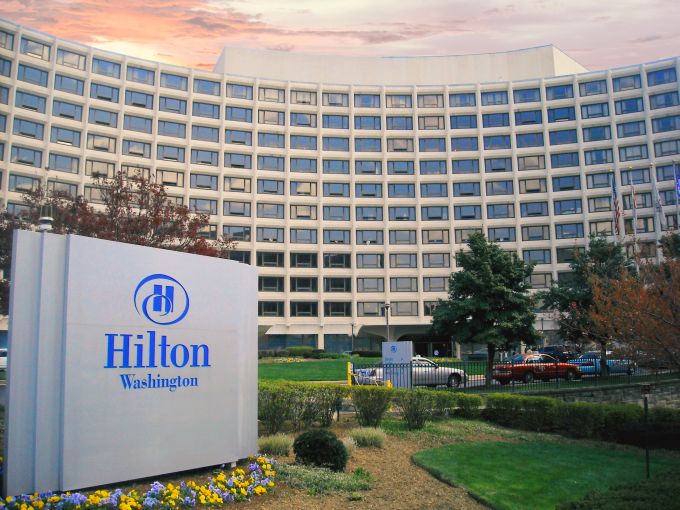 The 1,107-key, 12-story property features more than 110,000 square feet of meeting and conference space, as well as a variety of food and beverage choices.

The hotel, built in 1965, has hosted several prestigious events over the years; from Jimi Hendrix and The Doors concerts in the 1960s to the White House Correspondents’ Dinner and the National Prayer Breakfast today.

“After undergoing a transformative restoration, this market-leading, iconic hotel continues to capture demand from Washington D.C.’s constant flow of travelers and has been established as the premier group hotel in the market,” Stolly said.

The California-based borrowers acquired the asset, at 1919 Connecticut Avenue, in May 2016 from a joint venture between Lowe Enterprise Investors and the Canyon Johnson Urban Fund, paying around $315 million or $281,501 per key, Globe St. reported. The full-service property had previously traded hands in 2007 for $290 million.

Clearview and Oaktree added 37 guestrooms and 10,000 square feet of meeting space to the property in 2017.

Clearview, located in Newport Beach, Calif., has acquired over $1.5 billion of hotels comprising 10,000 keys. L.A.-based Oaktree hit the news most recently after Brookfield Asset Management announced it was purchasing a majority stake in the investment management firm.

It’s been an active week for NKF; the team also negotiated a $180 million loan from Barings for Chestlen Development’s dual-branded hotel in Philly, as first reported by CO.

Officials at Barclays, Oaktree and Clearview did not immediately respond to requests for comment.