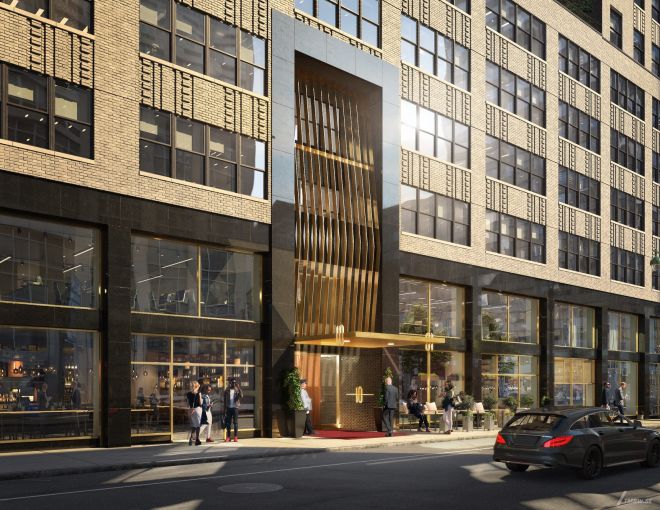 The Association of National Advertisers is reconfiguring and expanding its footprint at Marx Realty’s 10 Grand Central Tower to occupy a total of 52,000 square feet.

The ANA previously occupied 41,000 square feet on various floors throughout the building, including the narrow floors at the top of the 35-story tower next door to Grand Central Station. The organization signed a new lease to consolidate and expand its space, and will vacate the 23rd and 32nd through 35th floors to relocate to the entire fourth floor and a portion of the third. It will also keep its space on the second and eighth floors.

A Savills Studley team of Jeffrey Peck, Daniel Horowitz and Kurt Handschumacher negotiated the deal on behalf of ANA. Ownership was represented by Howard Hersch, Sam Seiler and Cynthia Wasserberger of JLL.

The Art Deco tower recently underwent a $45 million renovation with a redesigned lobby, a new amenity space, and a 3,000-square-foot terrace on the seventh floor, as Commercial Observer previously reported. The building sits at the corner of Third Avenue and East 44th Street with addresses at 155 East 44th Street and 708 Third Avenue.

“Leveraging 10 Grand Central’s successful repositioning and the ANA’s status as the largest tenant in the building, we were able to work with Marx Realty to devise a complex reshuffling of the ANA’s footprint,” Peck said in a prepared statement.

“The objective of the 10 Grand Central repositioning was to attract and retain quality tenants like ANA. We are delighted that the boutique hotel-style office experience has resonated in such a meaningful way,” said Craig Deitelzweig, president and CEO of Marx Realty, in prepared remarks.

A spokesman for JLL did not respond to requests for comment.