Rick Chandler Steps Down After Five Years as DOB Head 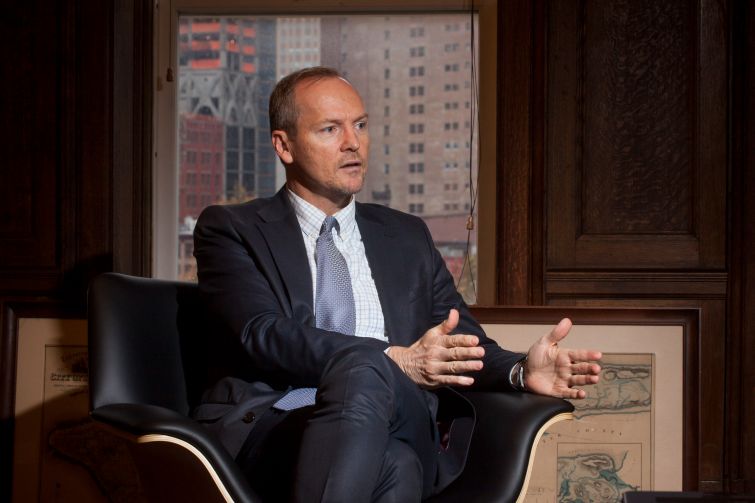 Rick Chandler steps down today from his post as the city’s buildings commissioner after five years at the head of the New York City Department of Buildings, and 31 years of service to the city. Thomas Fariello, the agency’s first deputy commissioner, will serve as interim building commissioner.

Mayor Bill de Blasio appointed Chandler, who had served as DOB borough commissioner in Queens, the Bronx and Brooklyn earlier in his career, in 2014. Chandler oversaw the post-recession development boom, which continued through most of his tenure. Under Chandler’s leadership, the department almost doubled, it overhauled and digitized much of its processing, and launched DOB NOW, an online platform for members of the industry and public to engage with the agency.

During his term, Chandler was in the crosshairs of numerous DOB-related problems, including a high number of accidental construction deaths, a consistent backlog of inspections and permitting, and a two-year corruption probe in which 11 DOB officers were among 50 people indicted in a bribery scheme.

“We regulate the second-largest driver of the New York economy,” Chandler said. “It’s no secret that we’re making decisions every day that make or cost people a lot of money, so there’s always the risk of integrity challenges.”

Carlo Scissura, the president and CEO of the New York Builders Congress, said Chandler did an admirable job in a thankless position. “Of the toughest agencies to be a commissioner in New York, in the top two or three would be DOB,” Scissura said. “Rick did an exceptional job.”

Louis Coletti, the president and CEO of the Building Trades Employers’ Association, said Chandler’s leadership was “transformative,” particularly in regard to digitizing the agency. “One of his initiatives was bringing the department up to speed in terms of transparency and technology,” Coletti said. ”It was really behind the curve, and being able to file proposals online has been tremendously helpful for the industry.”

Chandler said that the modernization effort is one of his proudest accomplishments at the agency.

“It was our modernization plan here at our agency which I think has made tremendous impact,” he said. On the public-facing end, the department launched the DOB NOW portal, which allows developers and construction managers to file permits, track applications, schedule inspections and interact with the agency entirely online, thus saving both time and agency resources. “And in this business, time is money,” Coletti said.

“Whenever you undertake that massive type of technology improvement, there are going to be bugs that need to be worked out,” said John Banks, the president of the Real Estate Board of New York, who believes DOB NOW has a lot of potential, but is a work in progress.

Internally, Chandler also oversaw the efforts to digitize processes, including for inspection and violations. Until recently, inspectors hand wrote violations on site, then returned to the office to have them typed up. Now, every inspector is equipped with a tablet so they can file violations online while on site. He also pushed to make more use of the data available to the agency, and to make some of that data available to the public. “We created a very robust analytics unit. We’ve got data scientists and analysts combing through mountains of data, and revealing things that most of us didn’t know we didn’t know,” Chandler said.

The focus on digitization and technology was one way to cut down on the backlog that plagued the department, especially in the area of construction site safety, where every additional day where a project is in limbo has a high cost for developers.

“I’ve always found Rick to be a fair and tough negotiator,” Banks said, who interacted with the commissioner over construction safety issues. “He represented the city’s interest aggressively, but he also was reasonable and understood that there needed to be a positive working relationship between the buildings department and the industry.”

The number of construction permits submitted during Chandler’s term increased each year, peaking in 2017 with 168,243. And in 2015 alone, in anticipation of the expiration of the 421a program, 93 million square feet of new construction were approved, roughly equal to the amount of the previous three years combined.

When he stepped in, Chandler said, “we were playing catch up.”

To combat that backlog, Chandler went on a hiring spree, bringing the number of employees from under 1,000 when he arrived to over 1,600 today, including 230 additional inspectors and 150 additional plan examiners, according to the department. “If we can fill our vacancies, we’d have more than 1,800,” Chandler said, adding that he knew hiring would be a challenge from day one. “One of my performance indicators was how we’re filling these slots.”

In that, he had the support of the city. “He was very successful in convincing the mayor’s office that he needed more resources,” Coletti said.

While these efforts have greatly improved the DOB’s ability to regulate the city’s 1.1 million buildings and 45,000 construction sites, it remains a work in progress, and many remain frustrated by delays on constructions sites, the lack of oversight of slumlords, and the myriad troubles facing the city’s aging housing stock.

In particular, a sprawling indictment from the district attorney, that implicated 11 DOB employees in a bribery scheme, highlighted loopholes in the system. Landlords paid around $450,000 in bribes in order to get city officials from the DOB as well as the Department of Housing Preservation and Development to look the other way, or remove violations from their buildings. One of the indicted landlords, Herman Epstein, had amassed 390 violations on his properties and had $513,000 in unpaid penalties.

“It’s been gut wrenching in some cases to see that young men and women are not going home to their loved ones,” Chandler said about the accidents, and he expects that the new law will help with that. “The tide will be turning, and we’ll be seeing fewer fatalities,” he said, “But we’re not there yet.”

In one of his last moves as commissioner, Chandler delayed a December 2018 deadline that would have required construction workers to complete a training program administered by the Occupational Health and Safety Association, because the buildings department didn’t have enough resources to administer the training.

“He and his department have done a magnificent job getting us to this point,” BTEA’s Coletti said in regards to the new training regimen. “We still have a lot of issues that are unresolved but you can’t underestimate how difficult and complex the implementation of that law is.”

NYBC’s Scissura said Chandler will be difficult to replace. “When you first meet him, you think he’s a charming quiet individual,” Scissura said, “And then when you realize the work he’s done, and how he’s navigated City Council, City Hall, labor, architects, developers, you realize Rick is a tough New Yorker who gets things done.”