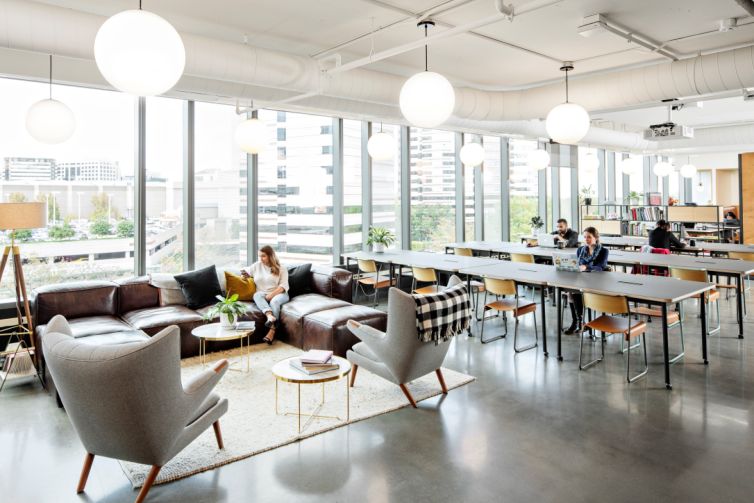 WeWork has nailed down 83,294 square feet at CEB Tower in Rosslyn, Va., according to a press release from the building’s owner, JBG Smith. This is WeWork’s third location in Northern Virginia and first in Rosslyn.

Neither a JBG Smith spokesman nor a WeWork spokeswoman would disclose the asking rent at the tower or the length of the coworking giant’s lease.

WeWork will occupy the 25th through 28th floors of the 31-story, mixed-use building at 1201 Wilson Boulevard, which was completed in mid-2018. Seventy percent of WeWork’s private offices at CEB Tower will cater to large companies with more than 1,000 employees including government contractors, trade associations and tech firms, according to a statement from WeWork. The location will have 1,400 additional desks for coworkers and smaller firms and feature a 3,000-square-foot terrace, along with customary coworking amenities such as phone booths, conference rooms and lounge areas.

Alexis Miller, a director of business operations at WeWork, said in prepared remarks that “the demand we’ve experienced for this location has been unprecedented, and we look forward to welcoming new industries into the WeWork community.”

Zach Boroson, Andy O’Brien and Greg Lubar of JLL represented WeWork in the transaction, while Jill Goubeaux, Terry Reiley, Caroline Bour and Anna Faktorow of CBRE represented JBG Smith, per the release. None of the brokers responded to a request for comment.

WeWork is slated to open at the tower in the second quarter of 2019, per the release.

Ritchey said the tower’s “inspiring” 45,000 square feet of dining and retail space and outdoor public plaza will provide “a world-class environment for tenants.”