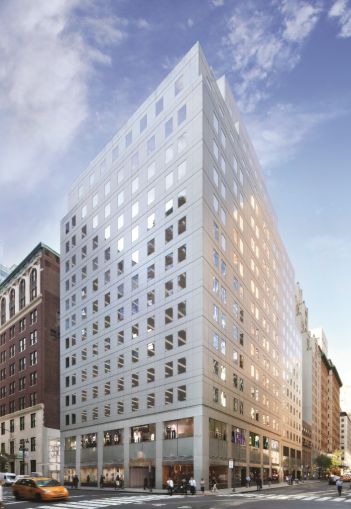 AlphaSights is expanding its space in RFR Realty’s 350 Madison Avenue, and Burford Capital will be moving there, Commercial Observer has learned.

The London-based AlphaSights will take an additional 17,690 square feet for a total of 63,832 square feet at the 25-story Midtown office tower between West 44th and West 45th Streets. The information services firm, which has been at the building for two years, will occupy the entire 16th floor in addition to its current space on the 12th, 14th and 15th floors. The deal is for five years, according to a spokeswoman for RFR.

And Burford Capital signed a 10-year lease for the ninth floor, which spans 19,516 square feet. The financial services firm is relocating from Vanbarton Group’s 292 Madison Avenue between East 40th and East 41st Streets.

RFR’s AJ Camhi and Ryan Silverman, along with a JLL team of Alexander Chudnoff, Mitchell Konsker, Daniel Turkewitz and Diana Biasotti, represented RFR in both deals. Rob Lowe of Cushman & Wakefield negotiated on behalf of AlphaSights, and JLL’s Turkewitz acted on behalf of Burford Capital.

Spokespeople for JLL and C&W did not reply to requests for comment.

“In true RFR fashion, we have successfully repositioned the building,” RFR’s Camhi said. The company recently renovated the lobby and elevators of the century-old building, opened a new coffee shop on the ground floor, and upgraded the building’s mechanicals, Camhi said

The building is almost fully leased with one availability, an 8,559-square-foot space on the 21st floor asking $85 per square foot, the RFR spokeswoman said.

RFR purchased the Midtown office tower for $261.5 million from Kenisco Properties, as CO reported at the time. World Economic Forum USA occupies 39,032 square feet at the building, JLT RE takes up 39,032 square feet across two floors, and other tenants include Bank Leumi USA and Certares Management.