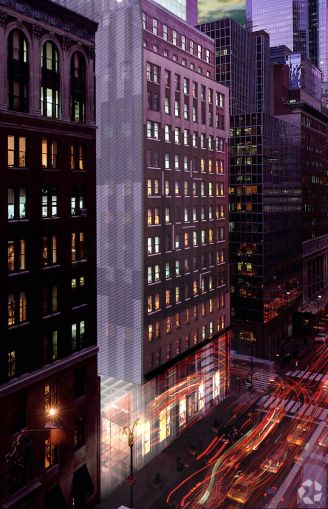 JLT Re and Certares Management have both taken additional space within RFR Realty’s 350 Madison Avenue between East 44th and East 45th Streets, Commercial Observer has learned.

JLT Re, a global provider of reinsurance broking and consultancy and a wholly owned subsidiary of the JLT Group, is doubling the size of its space at the property. As CO reported in July 2016, JLT relocated to the building, taking 19,516 square feet on the entire seventh floor. Now the firm has tacked on the 19,516-square-foot sixth floor, sources told CO. The new deal is for nine years and two months.

Investment firm Certares Management, founded by former J.P. Morgan Chase executive Michael Gregory O’Hara, is relocating within the building to the entire 19,516-square-foot eighth floor in a deal of 10 years and 11 months. The company moved its headquarters into 8,559 square feet on part of the 21st floor in the first quarter of 2015, as per a past CO article.

The current asking rent is $74 per square foot, sources said.

JLL’s Alexander Chudnoff, Mitchell Konsker, Dan Turkewitz and Diana Biasotti along with RFR’s AJ Camhi represented the landlord in both recent deals, while CBRE’s Jared Freede and Ken Rapp worked on behalf of JLT and Certares had no broker. A JLL spokesman didn’t immediately provide a comment and a CBRE spokeswoman declined to comment.

According to Camhi, both businesses are doing well and required additional space, a RFR spokeswoman relayed. Their new floors were vacant.

RFR purchased the 25-story, 400,000-square-foot building at 350 Madison Avenue in 2013 for $261.5 million from Kenisco Properties, as CO reported at the time. The building is 95 percent occupied with one vacant floor remaining, Camhi said via the spokeswoman. World Economic Forum USA occupies 39,032 square feet at the building, and The Korea Society has 9,732 square feet for its headquarters. Other tenants include Bank Leumi USA, AlphaSights and Alkeon Capital.