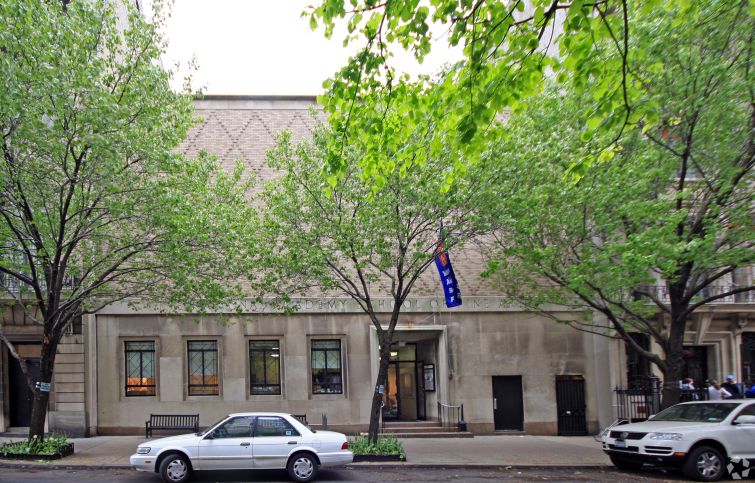 The National Academy of Design continued the sell-off of its longtime Upper East Side headquarters, this time unloading the former classroom at 5-7 East 89th Street, city records show.

The nonprofit sold the two-story building between Fifth and Madison Avenues to Sun’s Acres LLC for $25 million in a sale that closed at the end of November but was made public in property records today.

A spokeswoman for the National Academy of Design did not immediately respond to a request for comment and Brooklyn-based Sun’s Acres could not be reached for comment. Corcoran Group’s Carrie Chiang handled the sale of 5-7 East 89th Street for the nonprofit while colleague James Kim represented Sun’s Acres. The brokerage declined to discuss the sale.

The sale isn’t the first nonprofit headquarters that Sun’s Acres has bought in the city. It picked up the Center for Fiction’s former home at 17 East 47th Street for $18 million in 2014, as CO reported at the time.

The 13,250-square-foot building was previously used for classrooms and studio space and has been owned by the nonprofit since art patron Archer Milton Huntington donated it along with the interconnecting 1083 Fifth Avenue and 3 East 89th Street in the 1940s, as Commercial Observer previously reported.

Facing financial troubles, the National Academy put the three buildings up for sale in 2016 with an asking price of $120 million in hopes to “establish a permanent, unrestricted endowment,” as CO reported. However, the price was slashed to $78.9 million the next year and offered separately, with 5-7 East 89th Street listed for $19.9 million, DNAinfo reported.

The six-story townhouse at 1083 Fifth Avenue sold for $25 million in June, a slight decrease from the $29.5 million asking price, to a company linked to bank Raine Group, The Real Deal reported. It filed plans with the city in September to convert the building into a single-family home, according to TRD. The five-story 3 East 89th Street is still on the market, listed with Chiang for $27 million.