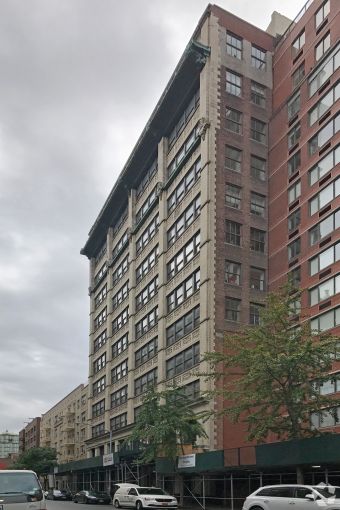 Less than a week after nailing down 80,000 square feet around Manhattan, fast-growing coworking company Knotel secured another nearly 100,000 square feet in five buildings, the company announced.

In the largest deal, Knotel signed a 12-year lease for 37,868 square feet in the OTB Group’s 220 West 19th Street between Eighth and Seventh Avenues, according to a Knotel release and landlord broker Francesco Bardazzi of PD Properties. Knotel will take the third through fifth floors along with the ninth floor of the 12-story Chelsea building.

Elie Reiss of Skylight Leasing represented Knotel in the deal while Bardazzi handled it for OTB along with Elizabeth Kum. Reiss declined to comment and Bardazzi called it a “nice transaction,” adding “it was a pleasure to work with the people from Knotel.”

Reiss handled the deal for Knotel while Andrew Peretz, Hal Stein, David Malawer and Daniel Appel of Newmark Knight Frank brokered it for landlord Tribeca Associates. A spokesman for NKF did not immediately respond to a request for comment.

A spokeswoman for Knotel would not provide the terms of the deals.

Reiss represented Knotel in the 22 West 21st Street lease and Jonathan Anapol and Chris Bellino of Prime Manhattan Realty did it for landlord Condo Structure. Bellino declined to comment on the deal.

“We are continuously evaluating opportunities to expand our footprint based on factors like client demand, owner relationships and market conditions,” Eugene Lee, the head of real estate and business development for Knotel, said in a statement.