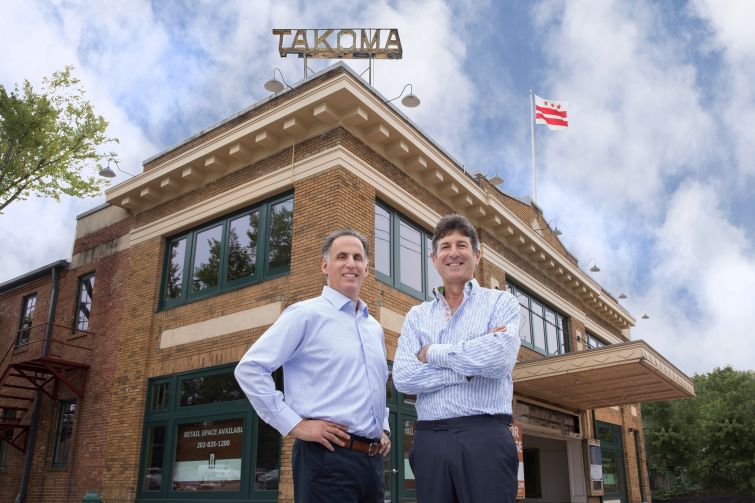 D.C.-based Turning Natural and Lost Sock Roasters have signed on as anchor retail tenants at the historic Takoma Theatre project, according to a press release from owner Rock Creek Property Group.

Rock Creek acquired the 1920’s-built theater, located at 6833 4th Street NW, in 2015 for $2.2 million and began a multi-million-dollar restoration process. The building had sat vacant for more than a decade.

In the larger of the two leases, juice bar and café Turning Natural signed a 10-year lease for 959 square feet, according to a Rock Creek spokeswoman. Known for its cold-press juice and healthy food options, the cafe has five other locations in the D.C. region.

Lost Sock Roasters, a small-batch artisanal coffee roaster that has an outpost in D.C.’s Brightwood Park neighborhood, signed a 10-year lease for 863 square feet, according to the  spokeswoman. The Takoma outpost will feature fresh brewed coffee drinks and food from Call Your Mother café in Petworth.

The theater will also be home to Children’s National Health System’s new Healthy Mind Brain Center that will serve children in the areas of autism, hearing and speech, behavioral medicine and developmental medicine.

Gary Schlager, a principal at Rock Creek, said in a prepared statement that the firm has worked closely with stakeholders for several years “to bring the right mix of tenants and retailers to this unique space.”

Constantine Gogos of Papadopoulos Properties, who represented Turning Natural in the deal, told Commercial Observer that the juice bar chose the theater for its sixth location because of “the synergy between Turning Natural’s health-conscious mission and Children’s National.” Domus Realty represented Lost Sock, according to the release, and could not be reached for comment.

The retailers and health center are scheduled to open in late 2019.