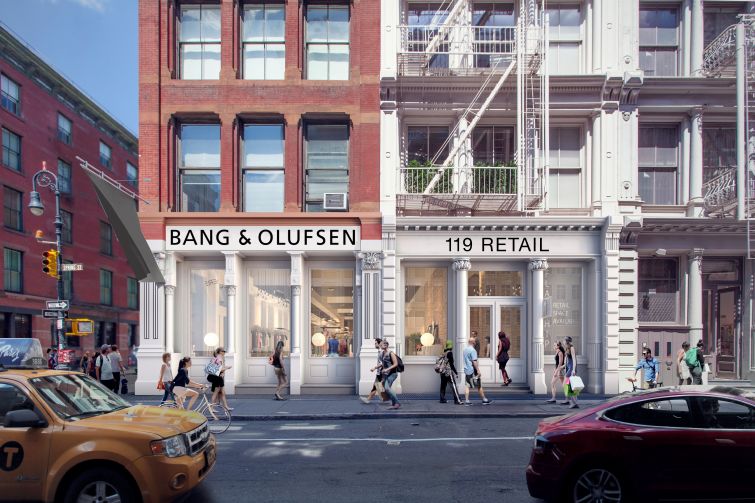 The debt was negotiated by NKF Capital Markets’ co-heads of debt and structured finance, Jordan Roeschlaub and Dustin Stolly, along with Daniel Fromm, Nick Scribani, Chris Kramer and Dylan Kane.

The Oaktree team was led by Karsten Kibbe and Justin Manaloto.

The properties covered by the refinance collectively comprise 4,135 square feet of ground-level retail space. They are located between Greene and Mercer Streets and were built in 1915 and 1900.

“The 60 Guilders partnership represents a truly best-in-class sponsor profile, with high-street retail expertise and proprietary knowledge of the Soho submarket,” Stolly said. “Bang & Olufsen, a global electronics company with nearly $3 billion in revenue, will serve as a strong anchor of the corner space at 121 Spring.”

“With the newly-renovated glass facade in 119 Spring’s entrance and the submarket’s strong recent leasing momentum, we feel very confident in the leasing prospects,” Roeschlaub added.

Officials at 60 Guilders and Oaktree did not immediately return a request for comment.