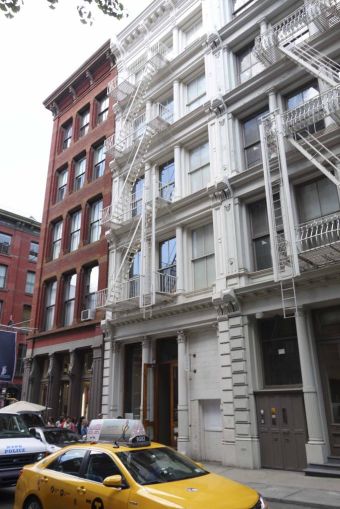 After four years, the future of the Kardashian sisters’ designer boutique Dash at 119 Spring Street in Soho is up in the air.

The co-op unit that Kourtney, Kim and Kloe Kardashian lease on a month-to-month basis for Dash has hit the market for lease at $1.4 million per year, according to one of the listing brokers, Douglas Elliman‘s Adam Kramer.

The space, which is between Greene and Mercer Streets, consists of 2,100 square feet on the ground level and 1,250 square feet in the basement, according to the listing. It has 25 feet of street frontage. The store opened toward the end of 2010, as Commercial Observer previously reported.

“We are very aware of the value of rents on Spring Street,” Mr. Kramer said. “We priced the space accordingly, in line with market rents. Dash has to make the decision to renew at market rents or make way for a tenant who will pay it.”

Dash has locations in Los Angeles and Miami and opened a pop-up shop in Southampton this year. No one from Dash immediately responded to an email seeking comment.

The 1915 building at 119 Spring Street is five stories with four units.