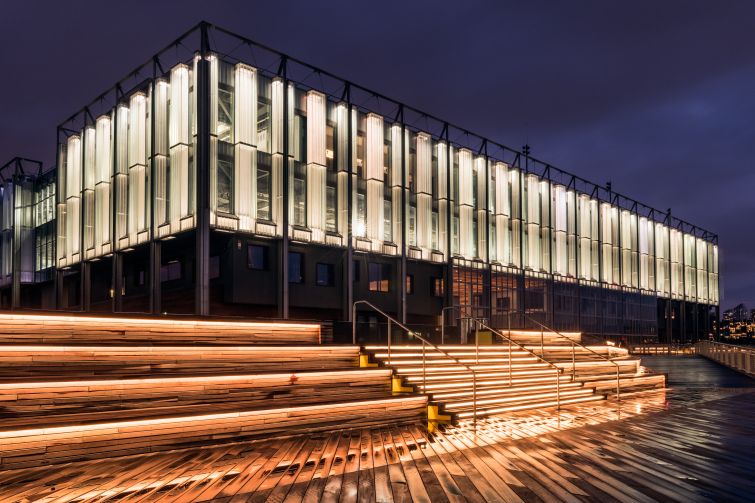 Nike’s space will be located on the third floor of the four-story building located on the East River waterfront in the Financial District, and will be immediately adjacent to sports media giant ESPN’s 19,000-square-foot broadcast facility in the building, which it opened earlier this year.

“We feel that this is a synergistic use with ESPN, and exactly the type of tenant that we had been looking for,” Howard Hughes CEO David Weinreb said on the company’s earnings call Tuesday. “There is significant demand for the balance of the office space, and we are working to ensure that we continue to achieve the highest rents possible while also filling the space with synergistic tenants.”

Asking rent, the length of the lease and the brokers involved in the transaction were not clear. While noting that he did not know exactly when Nike will begin occupying its space at Pier 17, Howard Hughes President Grant Herlitz said on the earnings call that Nike has already “built out their space” and is expected to move in “in pretty short order.”

“Our goal is that both Nike and ESPN will continue to create demand for further office tenants who want to join them,” Herlitz added.

The New York Post first reported the news of the Nike deal.