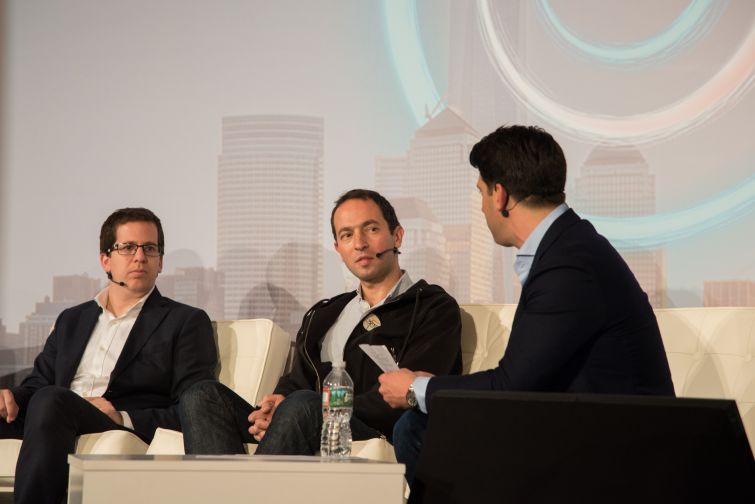 As investors from other backgrounds start to pump money into the real estate technology field, it’s still important to choose venture capitalists who know real estate to help companies grow, according to startup founders.

During a panel about fundraising for proptech startups at MIPIM PropTech Summit, Nick Romito, the CEO and co-founder of VTS, said it’s vital to “find the right investors” instead of taking any money that comes your way. He added that he made sure to find backers with a real estate background when VTS started in 2013, even if there weren’t many out there.

“We met with five investors for our Series A,” he said. “They were companies that I knew, who knew this space—because in 2013 there were not a lot.”

“There was no education process; I wasn’t telling them about real estate or the opportunity. They knew it, which makes everything happen so much faster,” Romito added. “The partner is everything.”

This push for investors knowledgeable in the space is unique compared to other technology ventures, with proptech startups tend to look for them in early fundraising rounds after they tapped out friends and family members, according to Matt Ellis, the CEO and founder of Measurabl, which measures the sustainability performance of real estate portfolios.

“Because of the nature of the space and the amount of value the partner can provide, we’re seeing a lot of strategic [investors] up in that leading role,” said Ellis, who closed on a $7 million Series A round in April. “That is not typical in other sectors but it’s become very common in our marketplace.”

For example, 18 months ago Guy Zipori helped found Israeli-based Skyline A.I., which uses commercial real estate data to identify investments. When looking for Series A funding, Zipori wanted to make sure Skyline got someone with knowledge of fintech and real estate since he said his company is a bit of both.

Skyline’s $18 million Series A closed in July and the company attracted investments from fintech-focused Nyca and brokerage JLL.

But proptech companies might have never had more options to choose from in their funding rounds. A report from real estate tech agency Re:Tech in January found that capital money invested in proptech tripled to $12.6 billion in 2017 from $4.2 billion in 2016.

A big chunk of that increase came from SoftBank’s $4.4 billion infusion to coworking giant WeWork last year. The Japanese bank also invested $450 million out of the $550 million residential brokerage Compass raised in 2017.

While executives on the panel agreed it was important to fill funding rounds with strategic partners, some said it was equally important to know when to turn down some.

Edward Shenderovich, the chairman and co-founder of flexible workspace provider Knotel, talks to investors every day for his company but won’t take cash from people who aren’t knowledgeable or he simply doesn’t like.

“You need to be able to spend time with these people,” he said. “You hear about smart money and you don’t know what smart money is until you actually see dumb money that slows the company down.”

“You have a board meeting and you need to explain stupid things to people who are completely not qualified to make decisions,” Shenderovich added. “That kills companies.”