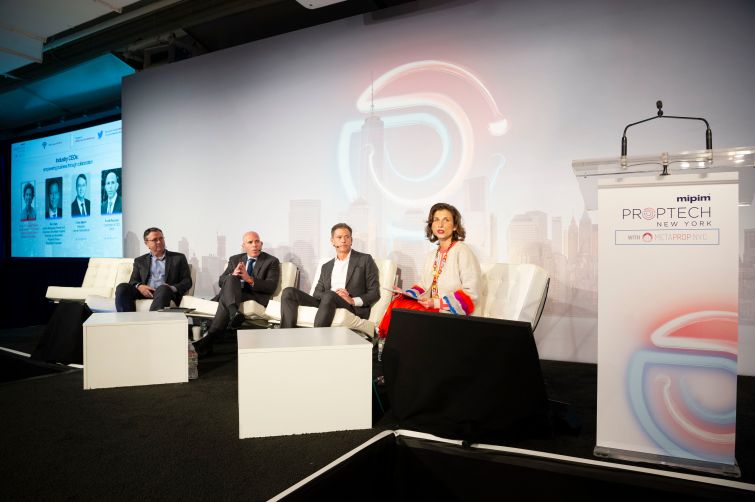 Owners might have been a bit behind the times in adopting real estate technology, but that’s started to change.

In recent years, landlords have dived headfirst into the field starting everything from “innovation labs” for testing out facial recognition to replace key cards to get into buildings to developing year-long strategies on proptech companies to invest in.

During a panel at the fourth annual MIPIM PropTech Summit on Tuesday, landlords like Brookfield Property Partners and RXR Realty said as owners shift to become service providers to retain tenants, tech is a vital tool to help sign lease renewals.

“Over time the mindset had shifted from just being a provider of bricks and mortar to being a service provider as well; that’s where tech comes into play,” said Ric Clark, the senior managing partner and chairman of Brookfield Property Partners. “We really need to make our users’ lives much more efficient and simple.”

Brookfield has a dedicated team focused on testing and researching new technology for all sectors of its business, but it has also instilled a mindset in all of its 17,000 employees to keep an eye on what’s new.

“We expect everybody to think about innovation and technology,” Clark said.

Michael Phillips, the president of Jamestown, echoed Clark’s thoughts during his keynote address at the PropTech Summit. Jamestown has even created a section on its website where companies can submit their ideas for Jamestown to test. (Disclosure: Commercial Observer was a media partner at this year’s event.)

“We really think that testing and having limited rollouts and having a lot of dialogue around the development of products will only make our industry better,” Phillips said.

And tenants seem ready to embrace proptech as well. Philips talked about rolling out HqO—a tenant experience platform—in one of Jamestown’s Boston properties recently. In 90 days, more than half of the 33,000 workers in the building starting used the app.

And even though some owners said technology adoption in real estate is about 10 years behind other industries, Scott Rechler, the chairman and CEO of RXR, said it might actually be an advantage for the sector since all the kinks have already been worked out.

“It’s taking existing technology that’s been proven and figuring out how you can plug it in to create that application or that solution,” said Rechler. “It’s less a technology [risk] as much as it is a business risk.”

Rechler expects to see “a lot of creative disruption” in the market and he meets daily with a company that has a great product, but what stops RXR from rolling it out to its workers or buildings is how strong the startup’s business actually is.

“Our bar is less about what’s being proposed but does this company have the best chance of being successful or is there a more well-established company,” he said. “You don’t want to introduce any product to your company or customer if there’s a high degree or reasonable degree that that company will not exist.”

As owners have increasingly started to accept proptech, so have investors. An August report from MetaProp, a real estate technology venture capital firm, found that investor confidence in proptech was at an “all-time high” in the first half of this year.

In June, RXR launched a $50 million fund focused on investing in proptech startups after RXR passed on early funding rounds for coworking space Convene and leasing and asset management platform VTS, Bloomberg reported. So far RXR invested in MetaProp with the fund.

During the panel, Rechler said RXR wrote a white paper focused on “what we want to be invested in and what we want to pursue” for the year to guide the fund. “That helps us have a high degree of conviction,” he said.

But even with the one-year plan, Rechler and fellow CEO panelists Clark and Chris Marlin, the president of Lennar’s foreign investor arm, agreed that the ability to pivot quickly is key to success in using and funding technology.

“You’ve got to continually adjust your business plan and prepare for what’s happening,” Rechler said.

“We have posters of dinosaurs in different parts of the company to keep that on the mind,” said Marlin. “We don’t want to be a horse-and-buggy company.”