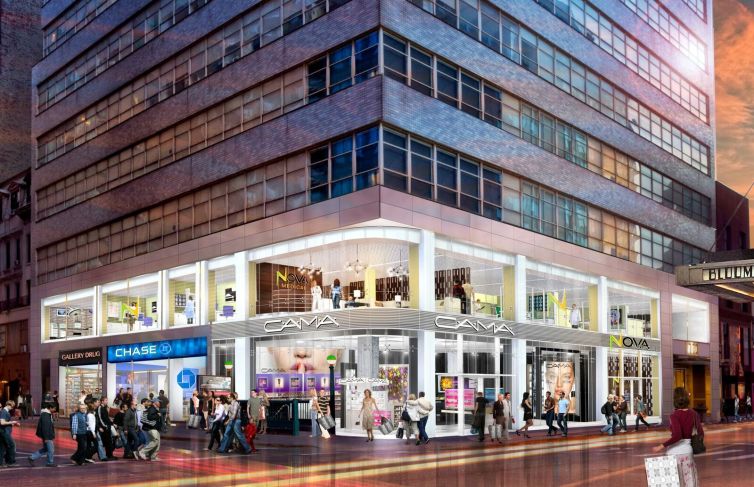 In a deal that points to the changing nature of retail space, Hospital for Special Surgery has scooped up a large portion of Diesel’s old space at 770 Lexington Avenue, Commercial Observer has learned.

HSS’ space includes 14,000 square feet on the second floor, a 950-square-foot entrance at grade and 2,150 square feet on the lower level, per sources and the property’s marketing materials. The remaining 2,000-square-foot space on the ground floor was snapped up by Verizon for its new New York City flagship, the sources indicated. Verizon will relocate from 981 Third Avenue between East 58th and East 59th Streets within the next couple of weeks.

HSS is in possession of the new space and is starting renovations. Next year, it will relocate the Integrative Care Center from its current digs on the fifth floor at 635 Madison Avenue between East 59th and East 60th Streets.

The HSS and Verizon leases are both for over 10 years, sources indicated. The asking rent for HSS’ ground-floor space was $600 per square foot and for Verizon’s space it was $700 per square foot. The landlords were asking $75 a square foot on the second floor.

ABS Partners Real Estate’s John Brod and Mark Tergesen represented the landlord, Terra Holdings, the parent company of Brown Harris Stevens and Halstead Property and a tenant in the building, in the deals. Savitt Partners’ Michael Dubin represented HSS in its deal and JLL’s Robert Gibson worked on behalf of Verizon. Spokespeople for JLL and HSS didn’t immediately provide a comment, nor did Dubin or David Burris, a principal and co-chairman at Terra.

A spokeswoman for ABS said the brokers declined to comment, but emailed: “The story with 770 Lex is really that ABS worked very hard to repurpose the retail, which is quite challenged,” the ABS spokeswoman said. “There’s close to 200,000 square feet of vacant retail [and 334,500 square feet available including 61,000 square feet occupied by H&M and the Container Store at 731 Lexington Avenue between East 58th and East 59th Streets] in the immediate area [from East 57th to East 61st Streets and Lexington to Madison Avenues]. ABS took a different approach and sought alternate uses. The landlord actually went through three other agents until they settled on ABS.”

Diesel signed its 19,100-square-foot lease for the ground, second and basement levels of the 20-story office building at 770 Lexington Avenue in the 1990s, when it was challenging to turn a second-floor office space into retail. These days, as retail has been finding its footing, landlords have been dividing up and finding alternative uses for retail space.

Being at grade provides convenience, he noted. And if the tenants are “servicing the public,” Ripka said, “why do you need to do it from the 11th floor?”