Avon Subleases Out Another Floor at Former Midtown East HQ 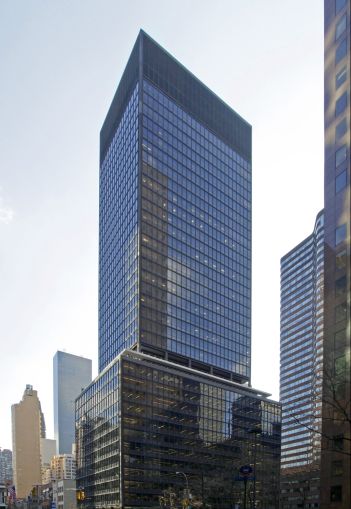 Cosmetics giant Avon Products continues to sublease out its former headquarters at 777 Third Avenue after striking a deal with Compliance Solutions Strategies (CSS) that will see the regulatory technology provider take 24,650 square feet of office space at the Midtown East building, Commercial Observer has learned.

CSS has agreed to take the entire 10th floor at the 38-story, 576,000-square-foot property between East 48th and East 49th Streets, according to representatives for Cushman & Wakefield, which represented Avon in the transaction. The compliance software firm is expected to relocate from its current Manhattan offices at Cohen Brothers Realty Corp.’s 3 East 54th Street in the first quarter of 2019.

CSS’ sublease on the 10th floor will run through June 2026, sources said. Rents in the deal could not be confirmed. A C&W team of Dale Schlather, Jonathan Fales, Michael Burlant, Heather Thomas and Greg Herman represented Avon alongside Michael Katz of Actio Corporate Asset Advisors, while Jonathan Plotkin and Taylor Bell of Colliers International represented CSS.

“This modern space, with its flexible, open layout, is an ideal fit for the subtenant,” Schlather said in a statement on the transaction, adding that the property’s “Midtown location and accessibility to Grand Central Terminal makes 777 Third Avenue a very attractive opportunity.”

Representatives for Colliers could not immediately be reached for comment.

Avon has steadily subleased out its roughly 270,000-square-foot footprint at the William Kaufman Organization-owned 777 Third Avenue, which it left last year after agreeing to move into a smaller, 91,000-square-foot space at Brookfield Property Partners’ One Liberty Plaza in the Financial District. The Hospital for Special Surgery agreed to take nearly 99,000 square feet across four floors at the Midtown East building last year, while real estate developer Rose Associates inked a deal for the entire 24,650-square-foot sixth floor this past July.

The cosmetics company now has just under 74,000 square feet across three floors remaining for sublease at 777 Third Avenue, with C&W noting that additional deals for Avon’s space at the building are “expected to close shortly.”