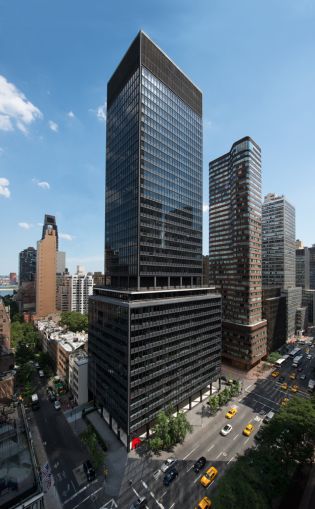 Hospital for Special Surgery (HSS) has stitched a deal for nearly 99,000 square feet at 777 Third Avenue, according to a news release from landlord William Kaufman Organization.

The healthcare organization signed a 98,600-square-foot sublease until 2026 from beauty and personal care product maker Avon at the property, which is co-owned by The Travelers Companies, between East 48th and East 49th Streets. It will occupy the second through fifth floors of the 575,985-square-foot property.

The hospital will use the space for administrative and other non-medical business office uses. It will relocate employees from its main campus on the Upper West Side. HSS’ main building is 535 East 70th Street between York Avenue and the FDR Drive.

At the end of the sublease, HSS will remain in the same space via a direct deal with the landlord, WKO indicated. The 98,600-square-foot space is part of a section that Avon had on the market, The New York Post first reported. (The makeup giant is relocating to the U.K., as has been widely reported.)

“As HSS continues to expand, this new space in Midtown East will house certain non-medical staff to further allow us to strategically support clinical growth at our main campus,” Stacey Malakoff, the chief financial officer at HSS, said in a statement.

“This significant transaction further demonstrates the strength of the Third Avenue corridor, the desirability of our building and the ongoing resurgence of Midtown East as a world-class business district,” Lenchner said in prepared remarks.

Given and Gohil declined to comment on the deal via a spokeswoman, while a spokesman for C&W said the brokers would not provide a statement or further information.

Avon has 271,150 square feet in the building at 777 Third Avenue on the second through 12th floors. It had already subleased 50,000 square feet to Epiq Systems on the 11th and 12th floors. Avon still has roughly 123,000 square feet available in the property, according to CoStar Group. A representative for Avon did not return an inquiry seeking comment via email.