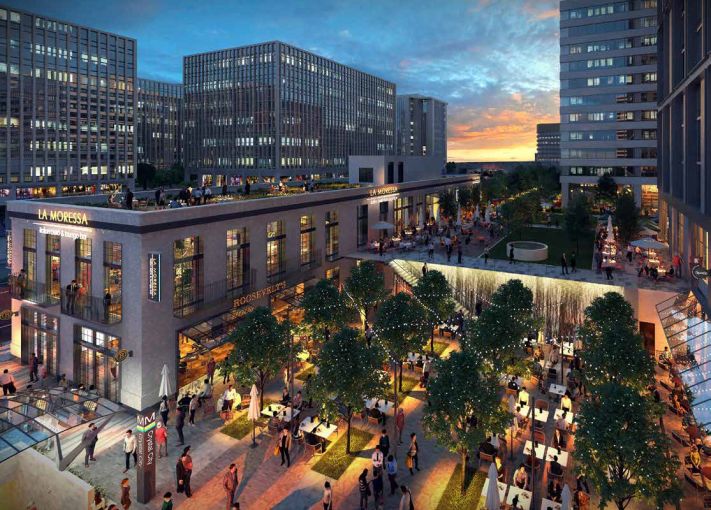 Amazon has selected JBG Smith as its partner to house and develop its new headquarters in parts of Arlington and Alexandria, Va., according to a press release from the real estate developer, which owns more than 15 million square feet of office space, multifamily space and land in the area.

The news comes on the heels of Amazon’s announcement that it chose the Washington, D.C. suburbs and New York City as the winners of its national HQ2 bid, as Commercial Observer previously reported. Amazon plans to invest $5 billion in setting up the two headquarters, each of which are expected to employ up to 25,000 employees at an average salary of $150,000.

The Northern Virginia headquarters will be located in an area called National Landing, which was created specifically for the Amazon development. It comprises parts of Crystal City and Pentagon City in Arlington and Potomac Yards in Alexandria.

Amazon’s agreement with Chevy Chase, Md.-based JBG Smith gives the e-commerce giant exclusive rights to lease approximately 500,000 square feet of office space at 241 18th Street S, 1800 South Bell Street and 1770 Crystal Drive, which is slated to begin construction by the end of 2018, per the release. The deal also gives Amazon an opportunity to purchase JBG Smith-owned land in National Landing that has the potential for up to 4.1 million square feet of development.

“As a growth engine, we expect Amazon to lead to the healthy diversification of the local economy and catalyze the development of a technology ecosystem that has long searched for its footing in the DC region,” JBG Smith CEO Matt Kelly said in a prepared statement, noting that Crystal City is “still recovering from the headwinds of BRAC,” a military consolidation process caused multiple federal government tenants to vacate 26 of the firm’s office buildings over the past few years.

JBG Smith also has plans to develop 130,000 square feet of retail across National Landing, with construction slated to begin by the end of 2018, as well as 750 multifamily units at 1900 Crystal Drive, with construction expected to commence in 2019. The real estate developer also owns an additional 6.2 million square feet of space that the firm is planning to use for future office and multifamily developments.