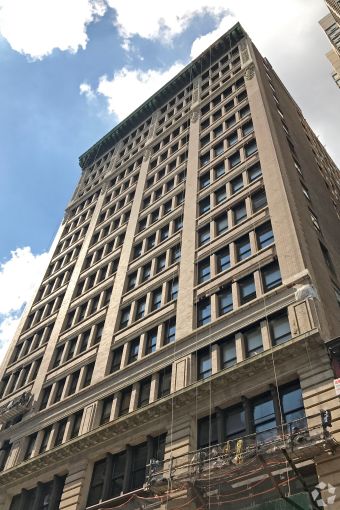 In the biggest deal, WeWork signed a 10-year lease for 34,500 square feet in Stellar Management’s 50 West 28th Street between Avenue of the Americas and Broadway, according to spokespeople for WeWork and the landlord. WeWork will take over the third, fifth and 12th floors of the 16-story building for an HQ by WeWork to open next year, as The Real Deal first reported.

Asking rent for the space was $54 per square foot, according to Jonathan Bernstein, the CEO and president of JBA Real Estate, who represented Stellar in the deal. WeWork’s Arash Gohari handled the deal for the company.

“It was a pretty lengthy negotiation; we had to do some build out and get some tenants out,” Bernstein said. “In the end, it worked out. It was a nice deal, everybody’s happy.”

Bernstein said he reached out to WeWork about five months ago to show company representatives the West 28th Street building and the lease brought the building to full occupancy.

WeWork also leased 11,000 square feet for the second and sixth floors of ABC Management Corp.’s 599 Broadway between West Houston and Prince Streets, per the spokesman. It plans to open the HQ by WeWork there in December.

The WeWork spokesman would not provide the asking rent or the length of the lease, but average asking rents in the building range from $56 to $68 per square foot, according to data from CoStar Group.

Gohari represented WeWork in this deal and it’s unclear who brokered it for ABC Management. The building manager for ABC, Peter Murray, did not immediately respond to a request for comment.

“We’re delighted to have secured two new locations, at 599 Broadway and 50 West 28th Street, for HQ by WeWork,” Granit Gjonbalaj, the chief development officer for WeWork, said in a statement. “These are the 10th and 11th locations dedicated to the offer that was launched in August, and for which we continue to see exceptional demand, as reflected by the fact that each of the locations is opening at full occupancy.”

WeWork launched HQ by WeWork so the company could get a foothold in the medium-size tenant office market, which it categorizes as companies with 11 to 250 employees. It has 700,000 square feet leased for HQ by WeWork nationally (in New York City and San Francisco) with a goal to reach 1 million square feet by next summer. Of that, WeWork has already leased about 400,000 square feet for HQ by WeWork in New York City including taking an 100,000-square-foot Flatiron District building in September, the spokesman said.