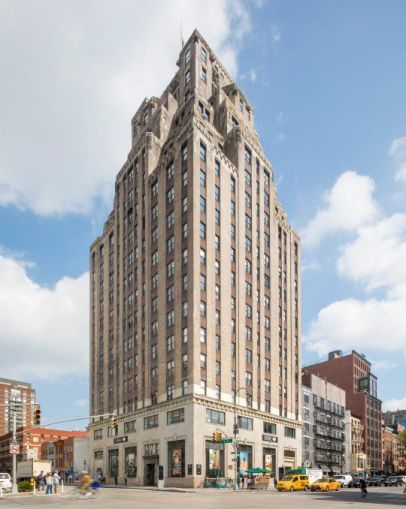 Office provider Knotel continues to escalate its space war with WeWork after announcing this week that it has agreed to new leases at three Manhattan office buildings.

The startup, which has become one of the most prolific consumers of office space in New York City since the start of 2017, announced today that it has inked deals for 11,940 square feet at 80-90 Eighth Avenue in Chelsea and 10,400 square feet at 155 Fifth Avenue in the Flatiron District. The deals come on the heels of a lease for 28,820 square feet at 5 Hanover Square in the Financial District announced earlier this week.

The office provider is also leasing the entire fourth and fifth floors at 155 Fifth Avenue, the seven-story, 37,000-square-foot property between East 21st and East 22nd Streets, also known as the Scribner Building. Knotel was represented in that deal by Elie Reiss of Skylight Leasing while Michael Liss and Samuel Spillane of CBRE handled negotiations on behalf of landlord Eretz Group.

In a statement, Lee said Knotel is “thrilled to be partnering with one of the country’s top owner/operators” in CIM and cited 5 Hanover Square’s “convenient and desirable location near multiple subway lines, Pier 11 ferry terminal and the FDR Drive.”

Asking rents and the lengths of the leases in all three Knotel deals announced this week were not immediately clear. Representatives for NKF, CBRE and Skylight could not immediately be reached for comment.

Knotel now has approximately 1.5 million square feet of space under lease across roughly 80 locations in New York, San Francisco, London and Berlin. More than 200 companies occupy those spaces via flexible, mostly short-term arrangements with Knotel, which designs, builds and operates offices on behalf of tenants who effectively sublease their space from the firm.

With Knotel and its “Agile HQ” model finding success, its competitors in the realm of coworking and shared office space have attempted to step up with their own comparable offerings. Coworking giant WeWork, for instance, has furthered its efforts to serve corporate “enterprise” clients by launching HQ by WeWork, which looks to accommodate medium-sized tenants with between 11 to 250 employees.

Last week, WeWork announced that it had inked a lease to take all 100,000 square feet of office space at 35 East 21st Street in the Flatiron District, as Commercial Observer first reported, and also announced two smaller HQ by WeWork deals in NoMad and Soho this week.

While WeWork recently laid claim to having surpassed J.P. Morgan Chase as the largest private office tenant in New York City with around 5.4 million square feet of space, Knotel says that it has its rival squarely in its sights—with company founder and CEO Amol Sarva telling the Financial Times last week that Knotel not only has more New York City locations than WeWork, but also plans to surpass it for total square footage in the city by the end of next year.