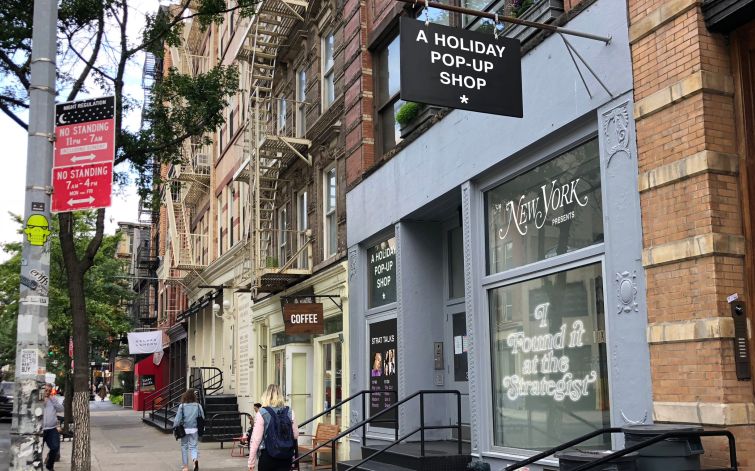 Another media company is jumping into the retail game.

New York Magazine will run a seven-week pop-up store focused on beauty products under its The Strategist vertical, dubbed “I Found It at the Strategist,” the publisher announced last week.

The 2,000-square-foot shop opens on Nov. 8 in Pearlmark Real Estate Partners’ 347 West Broadway between Broome and Grand Streets and runs until Dec. 30, according to a spokeswoman for New York Magazine. It will sell “some of The Strategist editor’s most stood-behind products” and host live demonstrations and panel discussions, as per a release.

A spokeswoman for Pearlmark did not immediately respond to a request for comment.

New York Magazine is the latest publisher to branch out and open a branded retail space or food hall. Earlier this month, online news outlet BuzzFeed reportedly leased space in the Flatiron District to open a toy store dubbed Camp. In August, Vice licensed its food vertical Munchies to Triple Five Group for a food court inside the massive—and long-delayed—American Dream complex in Meadowlands, N.J.

British media company Time Out Group helped kicked off the trend in 2014 when it opened the first Time Out Market in Lisbon, Portugal. The group later announced plans to open similar markets in London, Miami, Chicago, Boston and Brooklyn.

“The branded food halls are going to be part of the next evolution of this trend,” Garrick Brown, a vice president of retail research at Cushman & Wakefield, previously told CO. “You’ve got this built-in mechanism for advertisement, for branding—it makes perfect sense for media players to do this.”