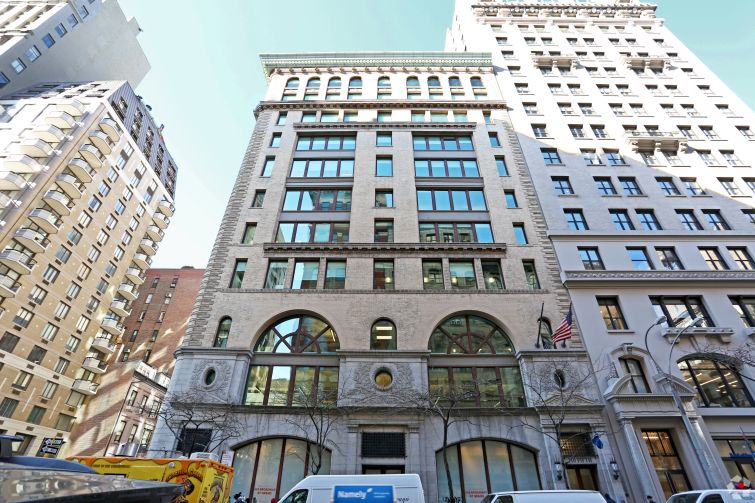 Online news and media outlet BuzzFeed is reportedly getting into the retail game after inking a lease for a new toy store concept in the Flatiron District.

According to The New York Post, BuzzFeed has agreed to take 11,000 square feet of retail space at 110 Fifth Avenue for its new store, which will be called Camp. The store’s layout will see it sell kids’ toys in the front, while the rear will feature a more experiential area set up for social media selfies, the Post reports.

The space, located at the base of an 11-story office building at the northwest corner of West 16th Street, was previously occupied by apparel retailer Joe Fresh and also includes 2,500 square feet below grade. BuzzFeed is subleasing the location from the company that owns Joe Fresh, Canadian retail conglomerate Loblaw Companies. The property is jointly owned by Westchester County-based Rabina Properties and Queens-based Samson Management.

Asking rent in the deal was $300 per square foot, per the Post, while the length of the “long-term” sublease was not immediately clear. Greg Taubin of Savills Studley represented BuzzFeed, while Richard Hodos and Dan Alesandro of CBRE represented Loblaw.

BuzzFeed is reportedly being advised on the Camp project by branding consultant Rachel Shechtman, who founded and runs Chelsea retail concept Story at 144 10th Avenue near the High Line. In May, department store retailer Macy’s acquired Story and named Shechtman its new “brand experience officer.”

According to the Post, Camp will utilize a unorthodox retail strategy similar to Story, which reinvents itself every month or two to feature an entirely new merchandise theme and design. Likewise, BuzzFeed plans to periodically overhaul Camp’s design theme and inventory—enabling it to keep the store’s product offering and aesthetic fresh.