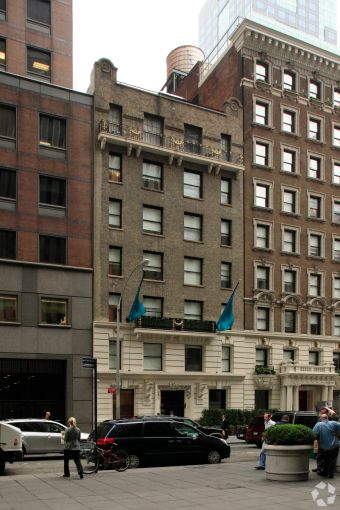 New York City-based Impulsive Group has secured a $33 million refinancing from Bank of America for its Sanctuary Hotel in Times Square, according to property records.

Hank Freid, the hotel’s owner, bought the building in 2006 from David Puchall, another New York City hotel operator, and opened it as the Sanctuary in 2011. The nine-story hotel, at 132 West 47th Street, has 113 guest rooms, and its upscale eatery, Tender Restaurant, serves both sushi and steak, according to its website.

A standard room with a queen-sized bed was available for $328 per night over a mid-October weekend, according the hotel’s website. Sanctuary advertised its largest deluxe room for $364 those nights.

Freid has landed in legal trouble in recent years for improperly running an Upper West Side building as a hotel. Freid got an initial $55,000 fine from the New York City Department of Buildings for operating the Marrakech Hotel, at 2690 Broadway, without authorization (which Fried is currently challenging). Since 2011, Freid’s properties have been charged with violations that carry potential penalties of more than $1 million, according to a press release from the city.

Revenue per room in the city has been flat over the last five years, but lodging consultancy HVS expects demand to outpace ever-expanding supply in coming years as development at Hudson Yards and the expansion of the Javits Center fuels increased business travel to the city. Despite the firm’s prediction that supply growth will continue at a rate of about 6 percent annually, it sees revenue per room reaching nearly $240 per night by the end of 2020.

Many analysts view the hotel market as a leading indicator of broader trends in real estate, because tenancy is up for renewal nightly and because demand reflects short-term changes in business travel and consumers’ discretionary spending.

Representatives for Bank of America and for Hank Freid did not immediately respond to email inquiries.

Update: This article was changed to reflect that Hank Freid is eligible for $1 million in fines, not that they had been levied on him. Also, that Freid is currently challenging the $55,000 fine the city won against the Marrakech Hotel.