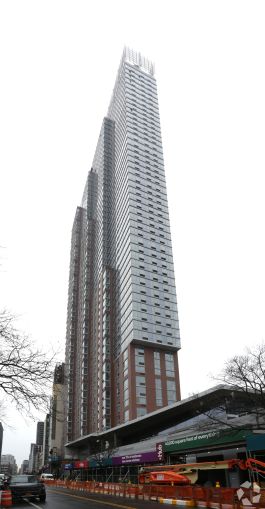 Compass signed a 10-year lease for 11,000 square feet at Steiner NYC’s residential tower 333 Schermerhorn Street, also known as The Hub, between Nevins Street and Third Avenue, Crain’s New York first reported. The brokerage will have a dedicated ground-floor entrance in the 55-story Downtown Brooklyn building along with the entire second and third floors.

Jason Pennington and Jessica Hedrington from Ripco represented the landlord in the deal while Josh Meltzer and David Gordon of Savills Studley handled it for Compass. A spokeswoman for Savills declined to comment.

“We’re excited to have Compass join The Hub,” Pennington said in a statement. “Their approach to residential real estate through innovative technology is a great fit for the neighborhood, which is is part of the Brooklyn Tech Triangle and Brooklyn Cultural District.”

A spokesman for Ripco and a spokeswoman for Steiner declined to provide the asking rent.

News of the new office comes a month after six-year-old Compass raised $400 million in a Series F round led by SoftBank’s Vision Fund and Qatar Investment Authority. In August, retail pro Robin Abrams was brought on board to beef up Compass’ commercial leasing and advisory services and investment sales brokers Adelaide Polsinelli and Ronda Rogovin were hired to build the firm’s investment sales arm.

Compass plans to open its Downtown Brooklyn location this fall. It will join the firm’s other Brooklyn offices in Park Slope, Williamsburg and Cobble Hill.