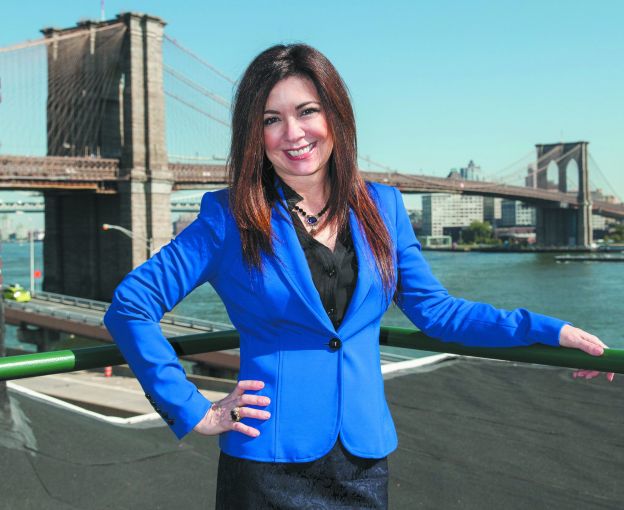 “What was appealing was they had a tech platform that is far superior to anything else the industry has,” Adelaide Polsinelli told CO. “Compass is a disruptor and they are in the real estate space as a real estate tech company and they will change how business gets done in this industry. Combining the technology with our experience and relationships and deep market knowledge we believe this is a winning combination.”

Polsinelli entered the profession in 1985 on the residential side at Century 21 Real Estate. She joined Eastern from Marcus & Millichap in 2012. Her deals have included the $107 million Lee Estate Portfolio in Williamsburg, Brooklyn and the $115 million assemblage by Hines and Welltower for their first assisted living facility in New York City at 677 Lexington Avenue. Rogovin, a 37-year industry veteran who was at Eastern for 28 years, worked on the $138.9 million sale of a Queens portfolio including eight elevator buildings with 610 units and the $98 million sale of 711 Seagirt Avenue, a 742,000-square foot, 917-unit Mitchell-Lama complex in Queens’ the Rockaways.

While Compass is a residential real estate brokerage, it has a small cadre of commercial agents covering leasing and investment sales. It wasn’t immediately clear how they would figure in to the new investment sales division. Robert Reffkin, a company founder and the CEO, didn’t respond to a request for comment, and a company spokeswoman didn’t provide a comment.

To the surprise of the industry, Eastern closed its doors on Tuesday after a 37-year run in Manhattan. Brokers that have since found new homes include James Famularo and his team at Meridian Capital Group; Brad Cohen, Jacob Tzfanya and Jon Kamali at CBRE; and Rubin Isak and Lev Kimyagarov have launched a new investment property sales firm, Goldenwood Property Advisors.