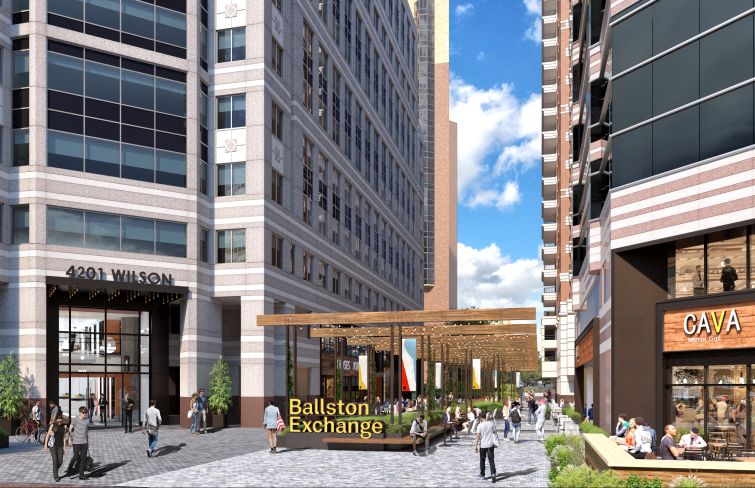 Bearded Goat Barber has signed a lease for approximately 1,200 square feet at 4201 Wilson Boulevard in Arlington, Va., at the Ballston Exchange project, according to a press release from Jamestown, the developer of the mixed-use site.

Other retailers to sign on at Ballston Exchange include Cava, Philz Coffee, Shake Shack and We, the Pizza, as well as a coworking space managed by Industrious, as Commercial Observer previously reported. The development will consist of two buildings—a 12-story structure totaling 587,036 square feet at 4201 Wilson Boulevard and an 11-story building spanning 184,548 square feet at 4121 Wilson Boulevard. Jamestown has yet to announce any office tenants.

This the first location for Bearded Goat Barber, which was founded by Arlington, Va.-based serial entrepreneur Scott Parker, along with Jon Dodson and Eric Renfro, per the release. Parker is also the founder of A-Town Bar and Grill in Ballston, Va., The G.O.A.T sports bar and Don Tito Mexican restaurant in Clarendon, Va., Barley Mac restaurant in Rosslyn, Va., and Bash Boxing, which has locations in Rosslyn and Ballston.

“We are excited to be among some of the area’s most exciting incoming and established brands and be a part of the ongoing transformation of the neighborhood,” Parker said in a prepared statement. “Jamestown has been an incredible partner and we look forward to seeing the vision of Ballston Exchange come to life over the next several months.”

Bearded Goat Barber signed a 10-year lease in the third quarter of 2018, according to a Jamestown spokesman, who would not disclose the asking rent per square foot.

KLNB’s Kim Stein and Jennifer Price represented Jamestown in the deal, while CBRE’s Abby Davids worked on behalf of Bearded Goat Barber. The brokers did not return CO’s request for comment.

The shop is scheduled to open in early 2019, the release indicates.