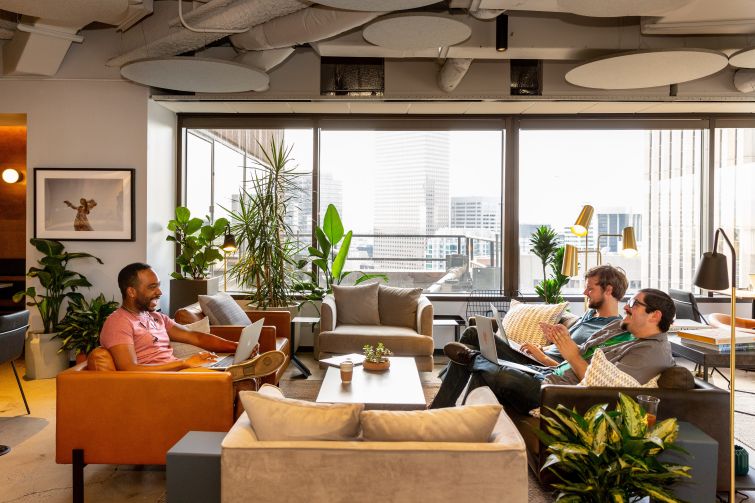 Industrious, a New York City-based flexible workspace provider, has found its first location in Northern Virginia—in Jamestown’s Ballston Exchange. Industrious is the first office tenant to sign on at the under-development 776,000-square-foot retail and office building at 4201 Wilson Blvd. in Rosslyn.

On June 20, Industrious signed a 10-year lease for a 24,795-square-foot suite on the tower’s third floor, according to information provided by Jamestown. Asking rents in the office tower range from the mid- to upper $40s per square foot, according to a Jamestown spokesman.

Industrious, which caters to entrepreneurs, established professionals and Fortune 500 companies, has over 40 locations nationwide including in Washington D.C.’s Thomas Circle neighborhood and downtown Bethesda, Md. Industrious offers private and shared office spaces and amenities such as nursing rooms and conference rooms for members, according to a Jamestown release.

“As we grow, we’re looking for places like the D.C. metro area because they attract such a diverse talent pool—from entrepreneurs who may just be starting out as well as mature companies and corporations looking to build out regional offices,” Katharine Lau, the director of real estate at Industrious, said in a prepared statement.

After tripling the number of its locations in the U.S. to 35 over the past three years, Industrious completed a fundraising round in February, as Commercial Observer reported at the time, and pulled in $80 million in Series C funding.

Ballston Exchange is slated for completion by the end of this year. In March, Jamestown announced it signed retail tenants including Shake Shack, We the Pizza, Philz Coffee and Cava that will collectively take up 11,000 square feet of retail space.

“The addition of Industrious shows our commitment to providing Ballston residents, workers and commuters alike with premier business and lifestyle opportunities,” Michael Phillips, the president of Jamestown, said in a prepared statement.

JLL’s Herb Mansinne represented Jamestown in the deal. He did not return a request for comment. Industrious did not have a broker in the deal.